Heinrich Brussow back for Springboks vs All Blacks - Team Sheet 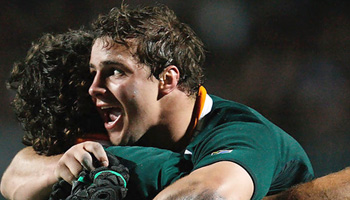 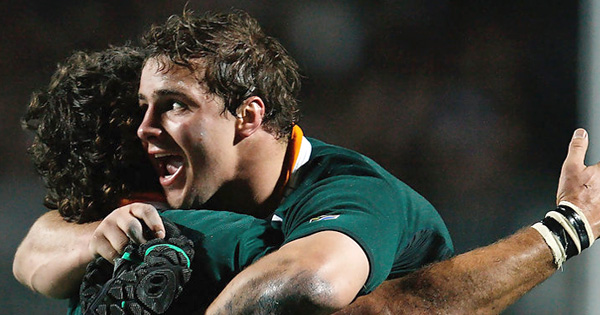 The Springboks have made eight changes to the side that were edged by the Wallabies on Saturday. The team to face New Zealand, for the 90th time, will feature the return of Heinrich Brussow, who last started for the Boks in the 2011 Rugby World Cup.

Of the eight changes, three are to the pack and five are on the bench. The backline is unchanged. Schalk Burger will captain the team from No 8.

Francois Louw will start in the number seven jersey for the injured Marcell Coetzee in a positional change, with Brussow assuming the openside role. The only other change to the starting line-up is at lock, where Lood de Jager takes over from Victor Matfield.

On the bench, Vincent Koch will be joined by Cornal Hendricks, Trevor Nyakane, Flip van der Merwe and Warren Whiteley, who could make his first Test appearance in South Africa, in front of his home crowd in Johannesburg.

* JP Pietersen was injured in training on Wednesday (hamstring strain), so has been replaced by Cornal Hendricks, with uncapped Lionel Mapoe moving to the bench.

“Injuries have forced our hand a bit, but we’ve stuck with our planned rotational policy on the bench and it will be great to see what Heinrich, Vincent and Flip can do,” said coach Heyneke Meyer.

“The breakdown battle will again be huge and it will be good to see Heinrich and Francois play together. They are versatile players and I am convinced they will combine perfectly.

“Heinrich has been great this season before he got injured and played his way into contention. As with other players returning from injury in Vodacom Super Rugby, he deserves an opportunity. We decided it was better to start with him and use Warren as an impact player later in the match.

“It’s also great to see Flip back in the fold. We had a look at Pieter-Steph du Toit but he is not yet 100% match-ready, and Franco Mostert was also discussed but in the end we decided to go with Flip as he will add valuable experience to our bench.

“We planned to bring Trevor, Warren and Cornal back for this match. Trevor and Warren have been playing great rugby this season and Cornal is a superb finisher, as he’s shown so often last year.”

Schalk Burger will become the 55th Springbok captain, as he will lead the side in the absence of both Jean de Villiers and Victor Matfield.

“I’m a very proud man today, but at the same time I’m humbled by the faith the coach has shown in me,” said Burger. “Ever since I first put on the Springbok jersey, my dream has been to represent my country with distinction and to make South Africans proud. It’s still sinking in that I will actually captain the Boks.

“This is an honour that is bestowed upon only a select few people and I will do whatever is needed for the team. With this position comes massive responsibility and I’m very excited for Saturday.”

Meyer said that the Springboks faced a huge challenge on Saturday as they continue to build towards the Rugby World Cup against a fired-up Kiwi side.

“This will be a massive Test – every match against the All Blacks is. We played some great rugby last weekend, but this week we have to put in an 80-minute effort.

“We have to be especially focused in the last 10 minutes, because New Zealand always finish strongly. They travelled here with us so that negates any advantage we could’ve had at the end of the match.

“The challenge will also be to make a step up in vital areas of the game and get back on the winning track. By not making too many changes this week, we’re giving some combinations the opportunity to settle a bit more. Our youngsters will have to put up their hands on Saturday – I would not have selected them if I didn’t believe they can do the job.”