HIGHLIGHTS: Christian Wade - the one that got away 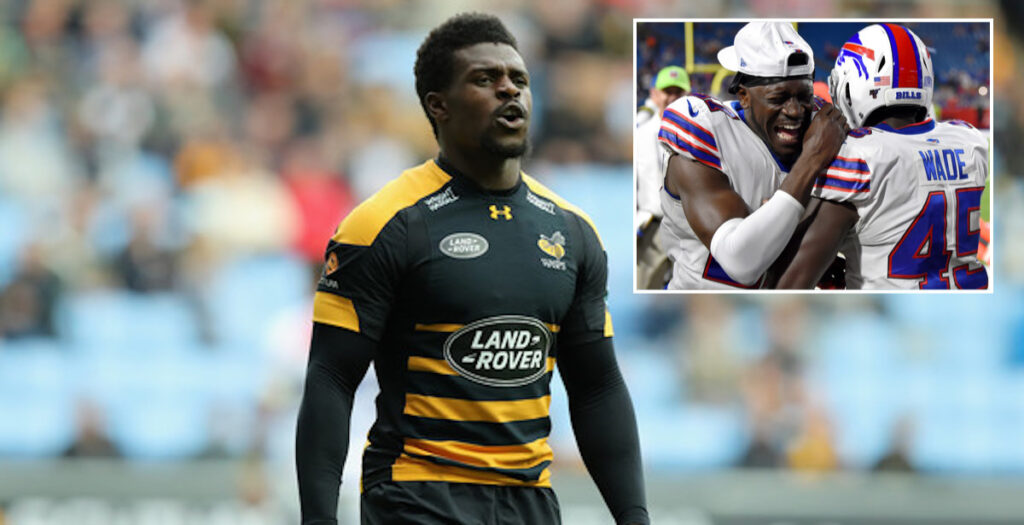 Former Wasps winger Christian Wade left rugby in 2018 to pursue a career in American football with the Buffalo Bills.

The 29-year-old was praised by rugby fans all over the world for his electric footwork and explosive acceleration which many thought was underrated by international coaches.

With more than 150 appearances for Wasps and a solo cap for England Wade decided to train as a running back having been allocated to the Buffalo Bills as part of the NFL’s International Player Pathway.

He endured early success with a 65-yard touchdown on his first carry in a pre-season game against Indianapolis Colts and signed a reserve contact with the team in January 2020. Wade was later given a roster exemption for the second season in April this year due to his status as an international player.

Here are highlights from his time in rugby and the brief period he’s spent with the Buffalo Bills:

HIGHLIGHTS: Christian Wade - the one that got away | RugbyDump - Rugby News & Videos