Hooker deserves to be thrown out of the front row union for this lung-busting 100m sprint! 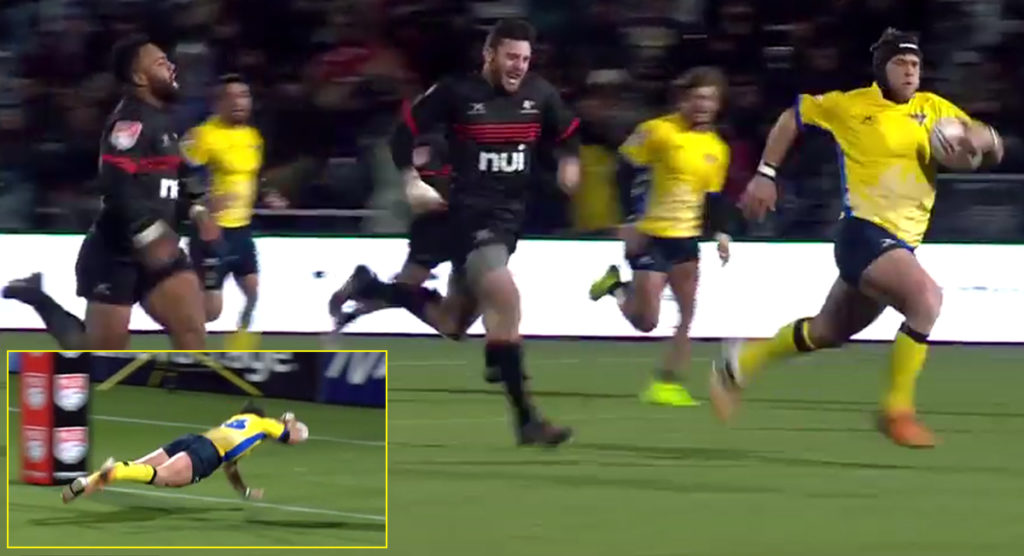 Round five of Major League Rugby in the USA served up it’s first ever draw in an exciting contest in Utah as the Warriors and the Glendale Raptors played a true game of two halves. The moment of the match came as part of Glendale’s comeback, and may well be a record breaker.

It’s not clear if there is actually a current record for the longest ever try scored by a hooker in professional rugby, but if it does exist, you can be sure that Glendale’s Chad Gough has broken it.

With the Warriors on attack and deep in the Glendale 5m line, searching for more points to finish off the contest, a turnover gave replacement hooker Gough a chance to stretch his legs.

What followed was an unbelievable piece of play, as he ran the length of the pitch for an incredible try.

Gough was named Man of the Match for his effort, as the try in the 67th minute helped Glendale to get back into the game as they scored 21-straight points to claim a 26-26 draw after trailing 26-5.

The defensive work by the Warriors winger, in particular, left much to be desired but the former University of Utah man threw two little shows of the ball and had the gas to outsprint everyone for a full 100 metres – no mean feat for a front rower.

It’s landed him in the MRL team of the week for round 5.

Watch full highlights below, in a match that included some outstanding offloads

Hooker deserves to be thrown out of the front row union for this lung-busting 100m sprint! | RugbyDump - Rugby News & Videos