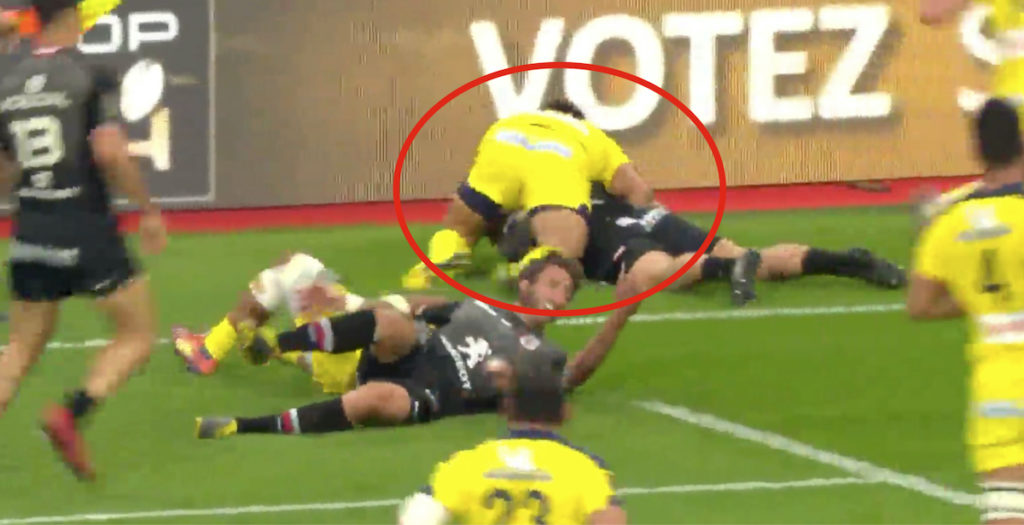 Clermont Auvergne full back Isaia Toeava put in a fierce shot on Toulouse fly half Thomas Ramos in the Top 14 final on Saturday.

The hit came in the second half when Maxime Médard started a counter attack down the left touchline before feeding Ramos on the wing.

As the young number 10 received the ball Toeava smashed him into touch causing a simultaneous    rumble from the 80,000 fans at the Stade de France.

Toulouse went on to win the game 24-18 and become Top 14 champions for the first time since 2012, while Clermont have now lost 24 finals in all competitions.

French international Yoann Huget stole the spotlight with a brace of tries while Ramos kicked four penalties to overturn Clermont and claim the French domestic league trophy for the fifth time this century.