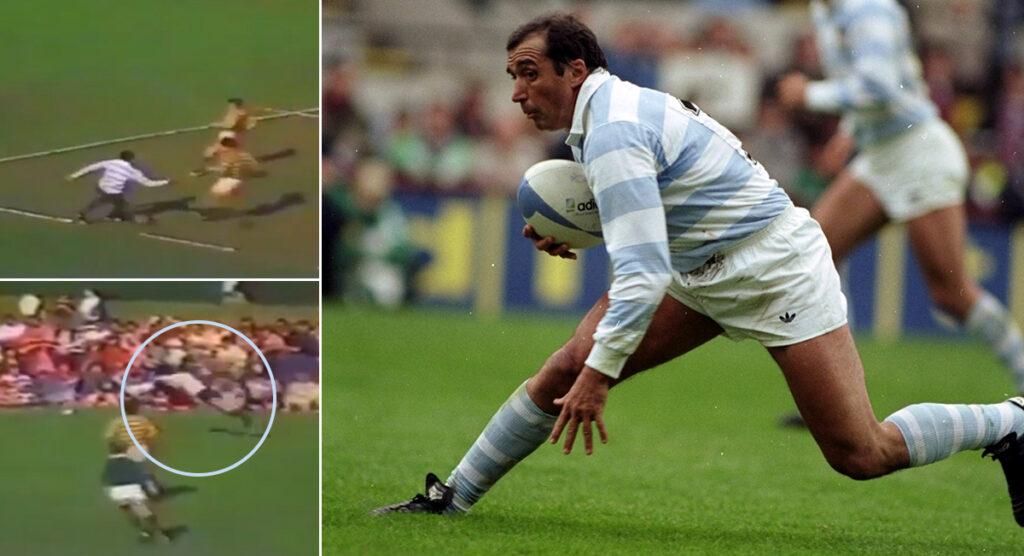 We received this footage recently of the great Hugo Porta working his magic in Argentina. It’s just another little example of how talented the legendary Los Pumas playmaker was, and shows how he probably could have had a successful football career too.

Porta can be seen hacking ahead a loose ball at a ruck, following up then using deft footballing skills to control the ball, before putting in a well placed cross-kick.

The late “Mito” Benedetto, an iconic winger from Banco Nacion Rugby, was on the end of it and he too used his skills to control the ball, before diving over.

“My father did everything he could to stop me from playing rugby,” said Porta in a World Rugby piece a few years back.

“I was approached by Boca Juniors (Football club) and a couple of other clubs trying to convince me to play football, but I chose rugby.”

Stories of his play are legendary, so it’s great to see more footage of him in action. The video below also gives us great insight into him as a man.

No doubt, he’s a legend of the sport and arguably one of Argentina’s greatest ever players.