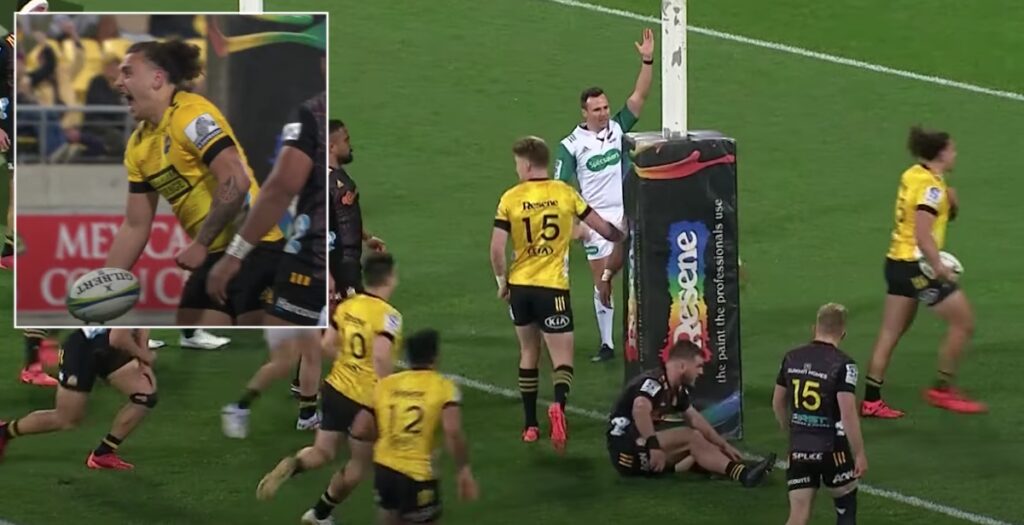 Hurricanes centre Peter Umaga-Jensen ran an awesome line on Saturday to score under the posts against the Chiefs in Super Rugby Aotearoa.

Peter Umaga-Jensen has been fantastic over the past few weeks.

He could easily be an AB.

The 22-year-old took the ball at first receiver running a direct line perfectly between the Chiefs centres to score the opening points of the game at Sky Stadium.

⚡️ LINES! Peter Umaga-Jensen gets @Hurricanesrugby on the board early in the capital.

Umaga-Jensen bagged himself two tries in Wellington to help the Hurricanes to a 31-18 win, making it five wins from seven games in the domestic competition. Full match highlights are available below:

Umaga-Jensen made his Super Rugby debut in 2018 and has now made 10 appearances for the franchise while picking up a couple of U20 caps for the All Blacks in 2016.