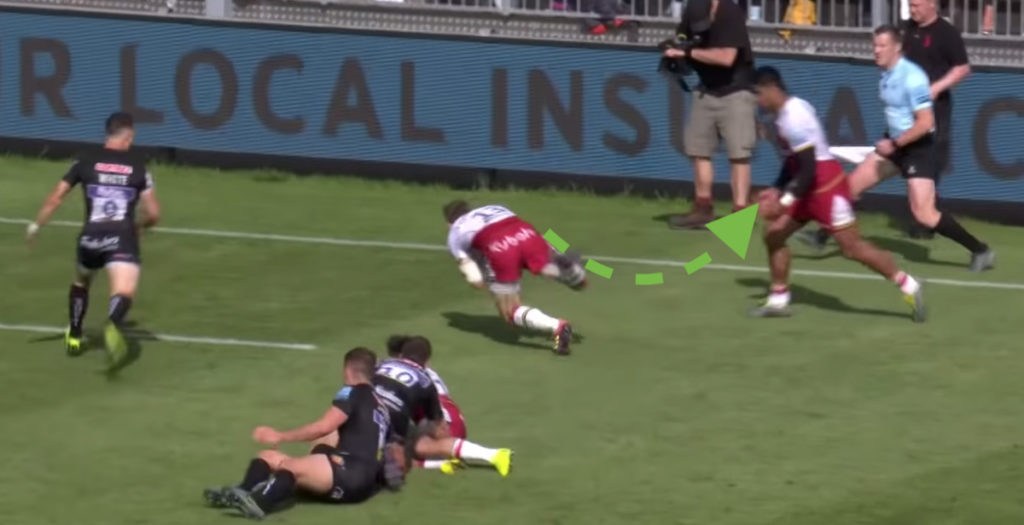 Northampton saints centre Rory Hutchinson pulled off a miracle pass to assist Ahsee Tuala with a try in the Premiership semi-final against Exeter on Saturday.

Hutchinson was scrambling to keep control of the ball 10 metres from the Chiefs’ try line and just as he dived to retain possession, delivered a beautiful back door offload to Tuala who ran in to score the second try of the game for Northampton.

Despite Hutchinson’s best efforts, the game finished 42-12 to Exeter Chiefs, meaning the Premiership final will once again be between Saracens and Exeter.

Hutchinson joined Saints in 2014 and has had loan spells with a variety of Championship sides but 2018/19 has been a breakthrough season for the 23-year-old, who’s now a contender to play for Scotland at the Rugby World Cup later this year.