"If he's surplus to requirements, England must be world-beaters" - former players baffled by Alex Goode omission 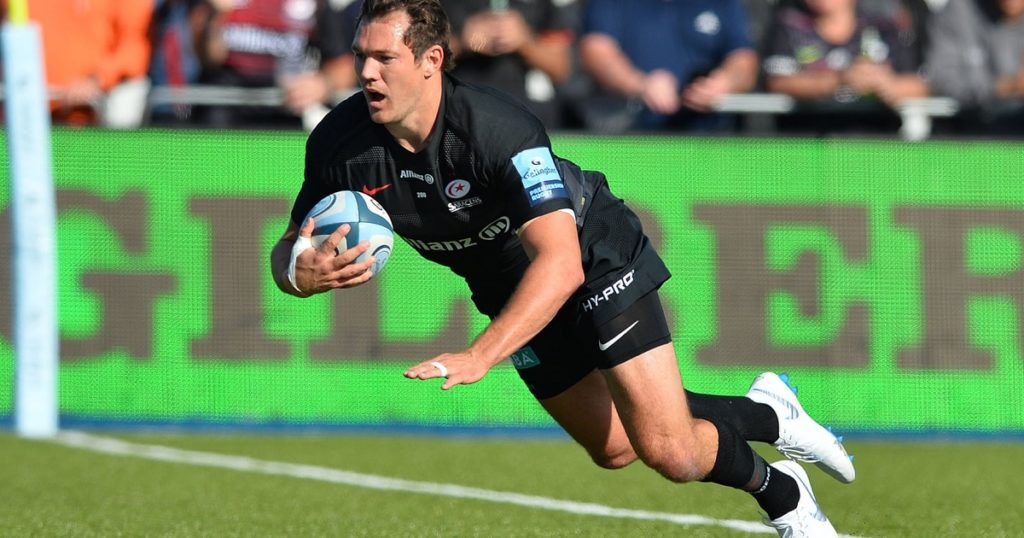 A notable absentee from Eddie Jones’ Six Nations squad last week was Saracens full-back Alex Goode. The 30-year-old has been capped 24 times for his country but has fallen out of favour with Jones recently despite performing consistently well this season.

Jones has instead opted for Harlequins’ Mike Brown as his first choice full-back, with the option of alternating with Elliot Daly and Chris Ashton.

Brown has had the luxury of effectively owning the 15 shirt for some time now and perhaps that is enough for Jones as he tries to hone in on his ideal World Cup starting first XV.

The Rugby Pod panel of Jim Hamilton and Andy Goode discussed the other Goode’s omission from the 35-man squad and cast their views on why it has become so difficult for one of the Premiership’s form players to break into the national team.

Recorded before the official announcement, Goode had not yet missed out but it was clear that the Pod did not rate the Sarries 15’s chances highly at all.

Former England back-rower Lawrence Dallaglio went even further and commented on BT Sport’s that: “If he’s surplus to requirements, we must be world-beaters”, while Brian O’Driscoll compared Goode’s ability to complement first-receiver attack to that of Ireland full-back Jordan Larmour.

Announcement made: cue the backlash from concerned English fans. The fact is that Goode is a popular player among supporters and his attacking prowess and skill under a high ball cannot be disputed.

The way the game is going now, attacking full-backs like Goode are gaining more importance in how games are won. Jordan Larmour (Ireland), Stuart Hogg (Scotland) and the up-and-coming Thomas Ramos (Toulouse and France) are proof that a second option off first phase as well as exploiting broken play are crucial to the success of their teams.

And while Goode may be forgiven for licking his wounds slightly, the Saracens player can do little else than continue to perform at his best for his club and hope for the best.

There may still be a way back into the squad for Goode, with Brown now 33 and edging towards the end of his career. But the question of Jones’ assessment of Goode will remain for the foreseeable future.

"If he's surplus to requirements, England must be world-beaters!"

'It's crazy he isn't getting more international game time."