Impressive starting XV of players who have come through the Championship 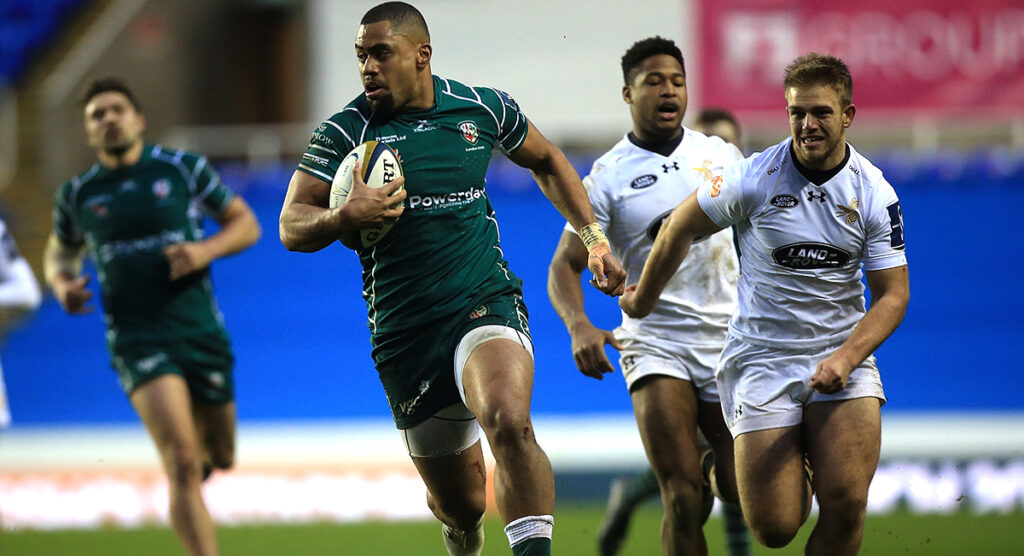 The Championship has received a lot of attention over the past few days after the Rugby Football Union’s decision to cut its funding of the league by almost half.

Since then, a host of players, chairmen and pundits have commented on how damaging this could be for England, the Gallagher Premiership and the league itself.

The majority of current England players have had stints in the Championship, as it is a preferred option of Premiership teams to loan players to the division below. However, there are also many that have risen through the ranks at Championship clubs, and used that as a platform for their careers.

So here is an XV of players who came from Championship teams:

Before being signed by Saracens, the England, and British and Irish Lions loosehead Mako Vunipola came through Bristol, playing in the playoff loss to Exeter Chiefs in 2010.

While Harlequins’ Dave Ward did not come through Cornish Pirates, having previously played for Bath, Northampton Saints and Sale Sharks, it was his three years in Penzance that attracted the attention of Harlequins. He arrived at the Stoop in 2012 and has been a great servant to the club ever since.

The Wales international and current Exeter Chiefs prop Thomas Francis was born in Yorkshire and played for Doncaster Knights and London Scottish before being snapped up by Rob Baxter at Exeter in 2014. Honorary mention: Ben Alexander- Bedford Blues.

Before a distinguished career with Saracens, Bath, England, and the British and Irish Lions, Rugby World Cup winning lock Danny Grewcock spent three years in the Championship (then National One) with Coventry.

The South African born England international Mouritz Botha started his career in England with Bedford Blues before moving to Saracens in 2009.

One of many Wales greats to play in the English capital with London Welsh, the Birmingham born Colin Charvis started his career there in the 90s before moving to Swansea and later becoming Wales captain.

One of Gloucester’s great flankers this millenium, the former Fiji captain Akapusi Qera spent a season with Birmingham & Solihull (then Pertemps Bees) before moving to Kingsholm and later Toulouse.

The Manchester club Orrell were a feature of the Championship during the 90s and early 2000s, even finishing second in 2004. Off the back of that season, their No8 Nick Easter was spotted by Harlequins and made the move up to the Premiership.

Although England and Harlequins scrum half Danny Care never strictly played in the Championship with Otley, having moved to fellow Yorkshire outfit Leeds, he did play for the club in his youth.

Now a mainstay in the Premiership (and the fifth all time points scorer), Gareth Steenson was part of Exeter back in their Championship days and has been with them through all their glory. Seven years before Steenson kicked the winning penalty in the Premiership final, he kicked 24 points in the 2010 playoff second-leg against Bristol to secure promotion.

Now in his second season at Bath, the 22-year-old giant Joe Cokanasiga first announced himself in the Championship with London Irish, and a barnstorming 2016/17 saw him selected for Eddie Jones’ England team to tour Argentina.

The 70-cap former Wales centre Tom Shanklin began his career with London Welsh before moving to Saracens and then Cardiff Blues.

The former USA captain Chris Wyles began his professional career with Nottingham before moving to Northampton Saints and then Saracens in 2008, where he became a four-time Premiership winner and two-time Champions Cup winner.

The 105-cap Scotland great Sean Lamont was a Rotherham player in the early 2000s, spending three years in Yorkshire before a move to Glasgow, where his career blossomed.

A benefit of Harlequins being relegated in 2005, was that the London club were exposed to some of the talent in the league below. After impressing for Rotherham that season, the future England winger David Strettle was signed by Harlequins after they earned promotion.