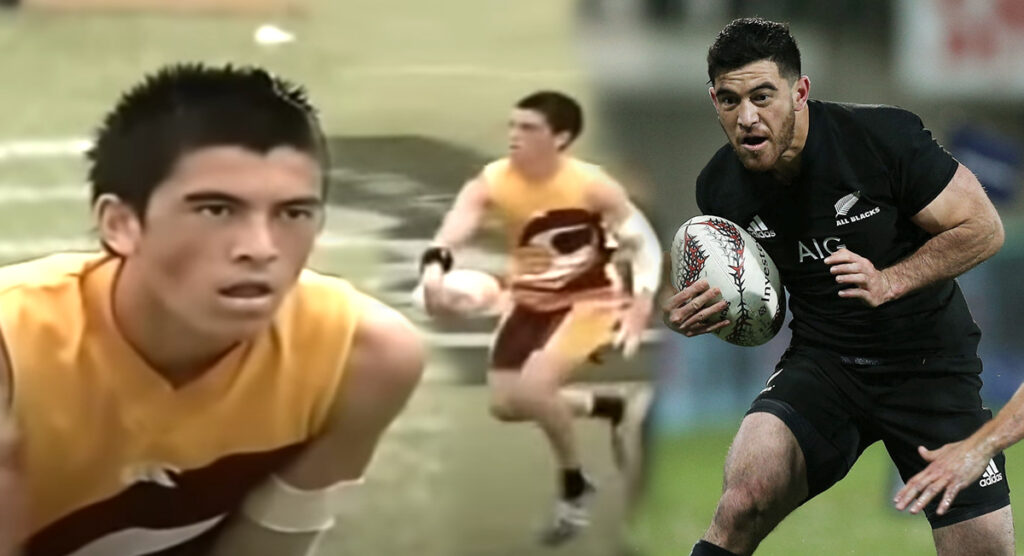 After a career often littered with injury, Nehe Milner-Skudder recently announced that he is back playing rugby again, hoping to regain some of the form that saw him play 13 Tests for the All Blacks.

Looking back at footage of the now 29-year-old playing Touch Rugby in school, it’s not difficult to see how he stood out and soon made a name for himself.

His electric running, balanced stepping and bullet-like passes were a feature of his performance seen below, when playing in the Queen Elizabeth College New Zealand Secondary School Mixed Touch Final in 2007.

After having played Rugby League in Australia initially, Milner-Skudder found his feet in Union with Manawatu, and after being capped by his country, was later awarded the World Rugby Breakthrough Player of the Year in 2015, the same year in which he won the World Cup with New Zealand and scored their first try of the RWC final.

This past weekend he ran out for club side Zingari-Richmond, marking his first match since playing for the All Blacks in November 2018. His right knee was heavily strapped after tweaking his MCL recently, but there are positive signs for the future.

Still under 30, we hope his progress continues and he remains injury-free so that we can see more of those famous side-steps and the prolific finishing of recent years.

As you can see from this brilliant footage below, he was always destined for greatness.