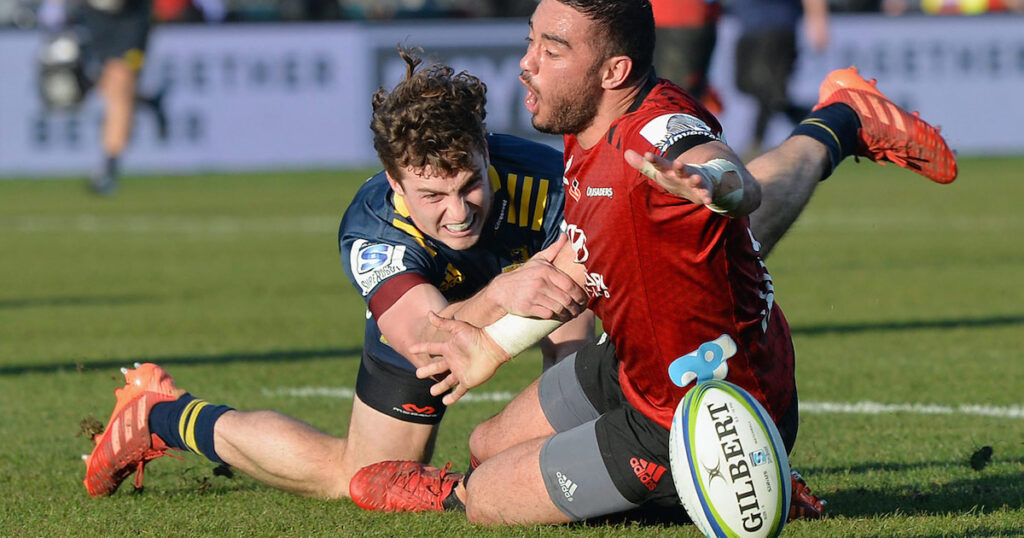 Josh McKay has burst onto the Super Rugby Aotearoa scene this year as a versatile and promising winger for the Highlanders and he was on fine form again last weekend against the Crusaders.

Having played his club rugby for Canterbury, McKay joined the Highlanders in 2018 and has played seven times for the franchise, scoring five tries so far.

McKay was sensational in his defence last weekend as well, superbly denying Crusaders scrum-half Bryn Hall a fantastic try on the line by knocking the ball out of Hall’s hands just as he was about to touch down.

It was proof that the winger not only is a potent threat in attack, but also has his wits about him in defence. With the game evenly poised at that stage, McKay’s prowess in the last-gasp tackle kept his side in contention.

Competition for the two All Blacks winger slots is as high as ever so breaking into the New Zealand squad right now might be a tall order, but the potential for McKay to develop into a star of Super Rugby in the years to come is very much a possibility.

Here are some of the best moments, plus some more insight into McKay.