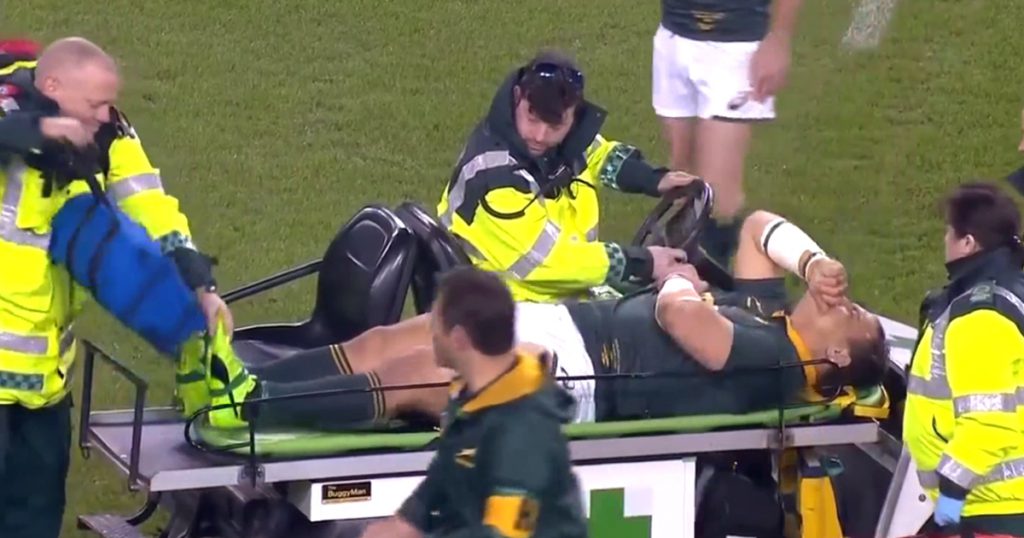 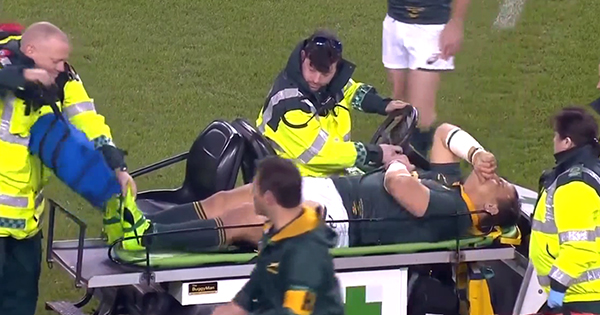 Springbok prop Coenie Oosthuizen is on the way home from Dublin after a nightmare start to a disastrous match at the Aviva Stadium, which the Springboks lost 38-3 to Ireland. Oosthuizen was dominated in a double tackle just 50 seconds in.

Oosthuizen was smashed in the tackle by Johnny Sexton and debutant Bundee Aki. Scans have since revealed that Oosthuizen will be out for a good few months, after he tore his ACL and MCL ligaments in his knee, a horrific start to the tour for the tighthead prop.

He has been replaced in the squad by number eight, Duane Vermeulen.

To add insult to injury, quite literally, Oosthuizen suffered further pain as the medic on hand chose to lift the injured foot to grab a bag from under it, causing the Sharks prop to grimace in pain.

It’s awkward to watch, and Oosthuizen clearly wasn’t too pleased, giving a death stare you wouldn’t want to be on the wrong end of, as well as a shake of the head in disbelief.

The 28-year-old will fly home to face a lengthy spell on the sideline.