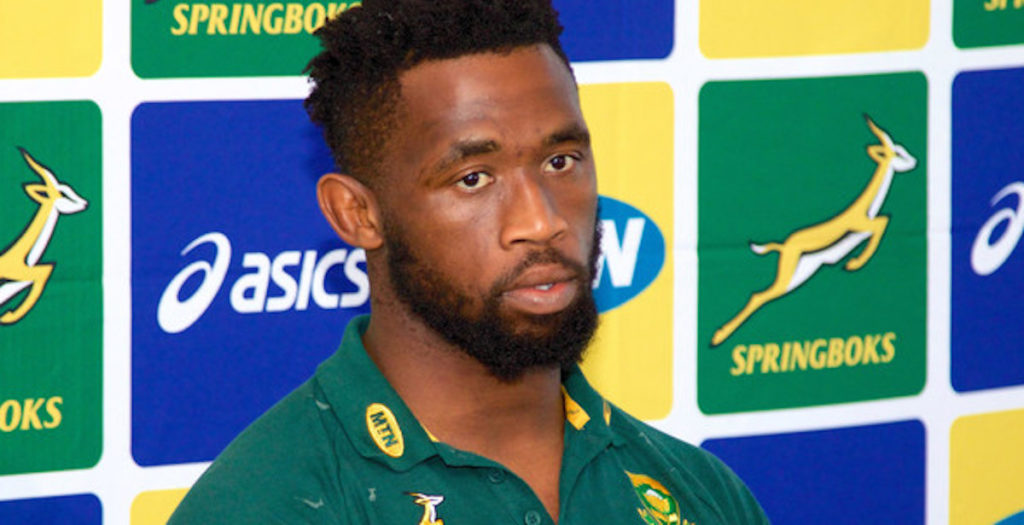 South Africa captain Siya Kolisi has been ruled out for the rest of the Rugby Championship through injury.

The 28-year-old injured his knee playing for the Stormers in May and is now expected to miss the remaining games in the 2019 Rugby Championship.

Kolisi played no part in the Springboks’ victory over Australia on Saturday and he now has a race against time to recover for South Africa’s opening World Cup game against New Zealand on September 21.

Springbok head coach Rassie Erasmus has now named his 36-man squad to train ahead of their test match against the All Blacks this weekend, with flanker Marco van Staden and full-back Dillyn Leyds being released.