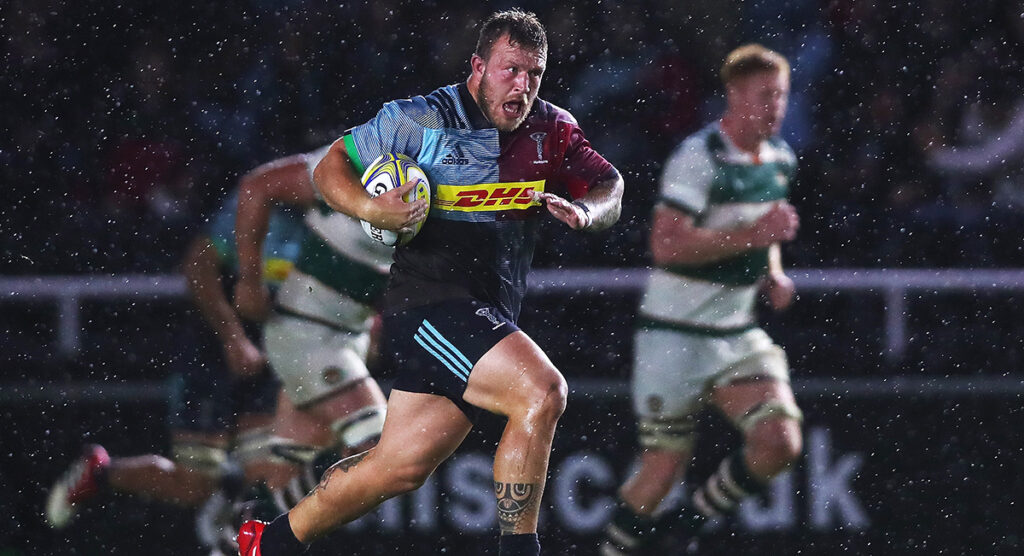 Harlequins hooker Max Crumpton will retire with immediate effect following an eight-year professional career. The 26-year-old sustained a career-ending hamstring injury during Harlequins’ Heineken Cup fixture away to Bath on the 10th of January this year.

Harlequins will continue to support Crumpton as he transitions to his post-playing career.

Commenting on his retirement, Crumpton said: “I think every player dreams of having that fairy-tale finish to their playing career. While I haven’t had the opportunity to sign off from my time as a professional rugby player in front of a crowded Stoop, I’m immensely proud of what I achieved in nearly a decade as a professional athlete.

“My career has finished sooner than I would have wanted, but I have plenty of fond memories to look back on, and I’m thankful for the continued support from Quins as I begin my life after rugby. It will be great to come back to The Stoop as a fan when rugby returns.”

RELATED: Chris Robshaw heads to the US as he is officially announced as a San Diego Legion player

A graduate of the Saracens Academy, Crumpton’s career started in 2012 with the North London side, subsequently signing for Plymouth Albion before a first stint with Harlequins on loan during the 2013/14 season. The front row later signed for Bristol Bears, amassing 51 appearances for the West Country side over a four-year period.

The dynamic hooker returned to the Club on a permanent basis in February 2018, going on to make 20 appearances and claiming two tries over the last two seasons.

Harlequins Head of Rugby Paul Gustard said: “I’ve known Max from his early days at Saracens as a young boy with lots of aggression and confrontation on the field, and off the field much the same, to nowadays retaining that aggressive and confrontational edge, but developing the maturity and dedication to become an exceptional player.

“Last season when we finished fifth in the league, Max established himself as a key member of our squad and was beginning to show the level of performance and consistency that we felt was always within him. It is a real shame Max was unable to kick on after a breakthrough season last year and continue to add value on and off the field for Quins.

“Max was extremely well respected and appreciated by the staff and players at the club for his effort and attitude to training. On top of his playing abilities, Max showed a strong capacity for leadership, and we will miss that.

“First and foremost, Max and his young family will always be welcome at Harlequins, and it’s our job to ensure that we continue to support him in his transition. I’m sure like ourselves, our supporters are disappointed to lose somebody through injury who had the hallmarks of all the characteristics and qualities we look for in a player.

“We wish Max well as he moves forward in his career, and the door will always be open to him.”