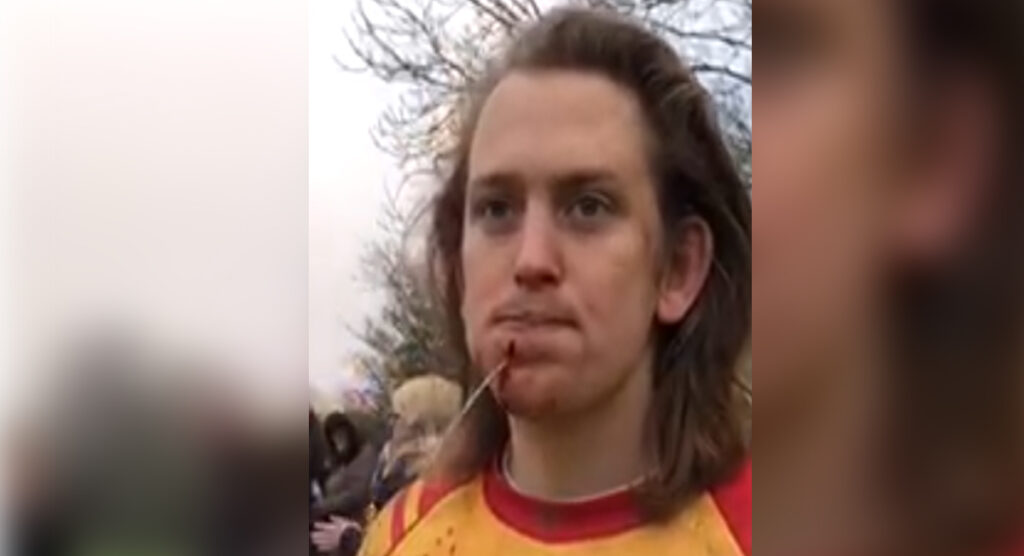 A young player from Medway RFC suffered a bit of a freak injury this past weekend, causing a stir on social media after a video of him drinking from his water bottle went viral.

Sean Marriot experienced a unique side effect to a facial injury that he sustained in the final ten minutes of their match against Tonbridge Juddians 2nd XV.

A teammate and friend told us that despite the gash to his chin, Sean carried on playing, making a try-saving tackle and then getting yellow carded by the referee for being offside.

Injury of the week pic.twitter.com/DyIKp3zwkg

The went fairly viral this week, racking up over 300k views already.

We’re told that Sean was then glued together, given some steri-strips to put on it and he’s ready to play again on Saturday. And probably thanks in part to his try-saving intervention, the match ended 20-20.