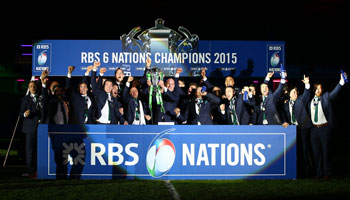 Paul O’Connell and Ireland lifted the Six Nations trophy for the second year in succession as Wales and England couldn’t quite do enough to get their points difference above that of the defending champions, despite convincing victories against Italy and France respectively.

Ireland celebrated at Murrayfield shortly after Twickenham’s final whistle. Irish fans, who had stayed in the stands to watch England vs France on the stadium big screens, were treated to historic celebrations as the Ireland team took to the field to accept their trophy.