Ireland's O'Mahony banned for three matches after reckless sending off 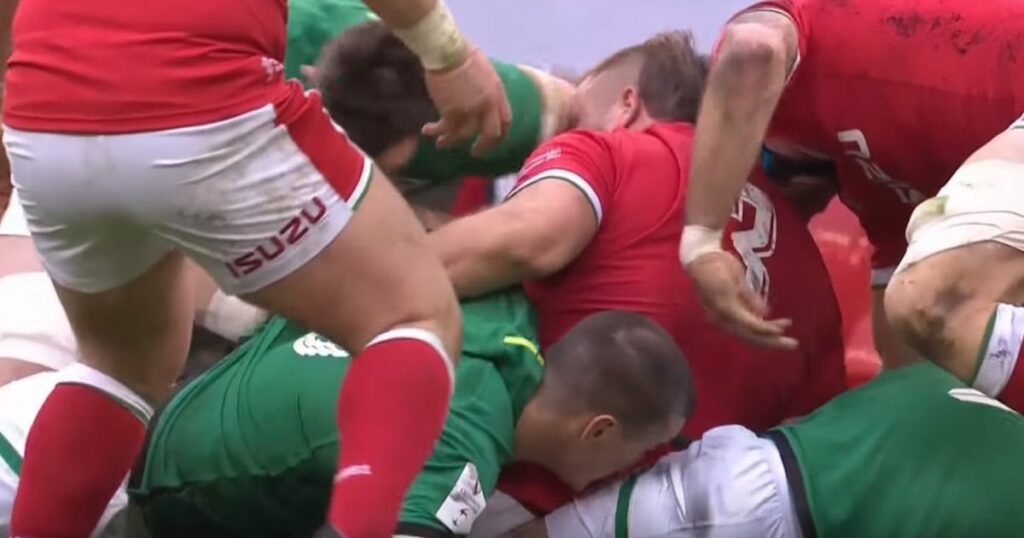 Peter O’Mahony has been handed a three-match ban after his sending off against Wales on the opening weekend of the Six Nations last weekend.

The Irish back-rower was given his marching orders by referee Wayne Barnes in just the 13th minute in Cardiff following a reckless challenge on Welsh prop Thomas Francis.

O’Mahony became the first Irish player to be sent off in a 6 Nations match and appeared in front of an independent disciplinary hearing via video conference earlier on Tuesday.

The committee, which comprised of Mike Hamlin (England), Frank Hadden (Scotland) and Val Toma (Romania), decided that O’Mahony’s actions had warranted a striaght red card and was a mid-range entry point which carried a six-week suspension.

O’Mahony’s ban was reduced to three games due to the fact that Francis did not sustain any injury in the incident and O’Mahony’s lack of off-field aggravating factors.

This means that while O’Mahony will miss this weekend’s clash with France in Dublin, as well as the trips to Italy and Scotland, the flanker will be available should head coach Andy Farrell require him, for the final game of the tournament against England on March 20th.

The disciplinary hearing statement in full:

“Mr O’Mahony received a red card during the Wales v Ireland match on 7 February 2021 at the Principality Stadium, Cardiff for an infringement of Law 9.20 (a) and (b) (Dangerous play in a ruck or maul) in the 13th minute of the match.

“The player admitted the act of dangerous play in a ruck and that the offending merited a red card. The player did not seek to challenge the referee’s decision. The committee considered all the relevant evidence, including the Player’s oral evidence, together with the clips of the incident.

“In assessing the seriousness of the offending, the committee found that the offending was reckless. They were satisfied that the player’s conduct breached World Rugby Law 9.20(a), in that he charged into a ruck. Charging includes any contact made without binding onto another player in the ruck or maul. The Committee noted that the offending involved reckless contact with the head of the Wales No 3.

“As the conduct involved contact with the head, although noting that no injury was suffered by the Wales No.3, the committee determined that the entry point was mid-range, which for this offence is six weeks.

“It was accepted that there were no off field aggravating factors, and the disciplinary committee concluded after careful consideration of the player’s record and conduct in the hearing, that the player was entitled to a 50% reduction of sanction in mitigation. The player is suspended from 7th February 2021 to 14th March 2021, which represents three meaningful matches to the player. The player is free to play again on 15th March 2021.”