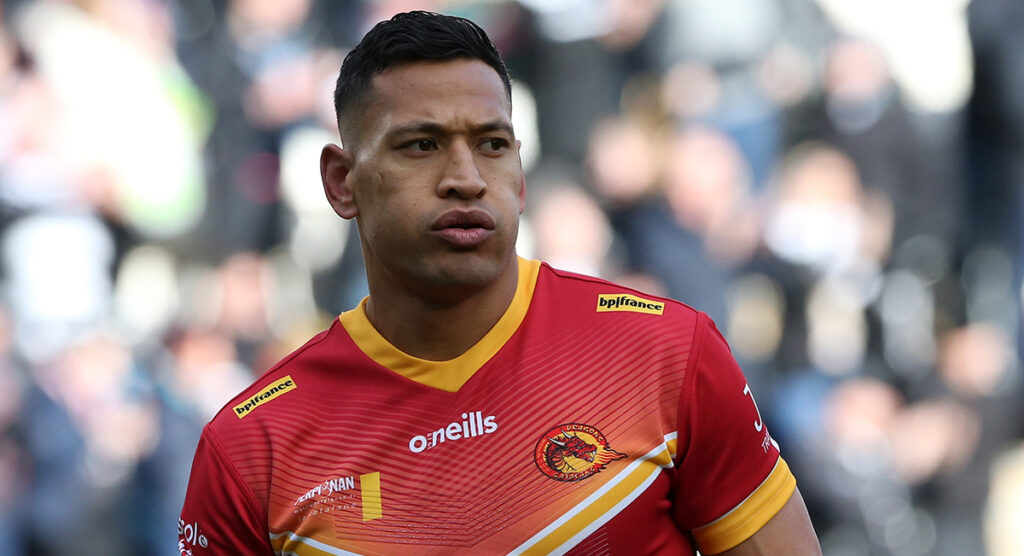 Former Wallaby Israel Folau could yet lose out on his big money payout from Rugby Australia, should the organisation fold amidst the global Corona virus pandemic.

Reports state that Folau’s multi-million dollar payout would take a major hit if the sports governing body in Australia were forced into insolvency.

The former fullback ace was sacked last year over his homophobic social media posts, including one stating hell awaits homosexuals.

The two parties agreed to an out-of-court settlement in December after the Folau sued RA (Rugby Australia) for religious discrimination. While the terms weren’t made public, it’s understood to be around $3m, which is the remainder of his four year contract.

According to The Australian, the settlement is being paid off in instalments with those payments at risk should RA go under. Should RA be forced to declare itself insolvent, Folau would become an unsecured creditor and depending on its assets, he’d likely be paid out only a few cents in the dollar.

Folau has been playing rugby league with French-based club Catalans Dragons in the Super League, although competition is currently suspended due to the coronavirus pandemic.

WATCH:
5 times the most Australian man in Australia, Nick Cummins, broke the internet