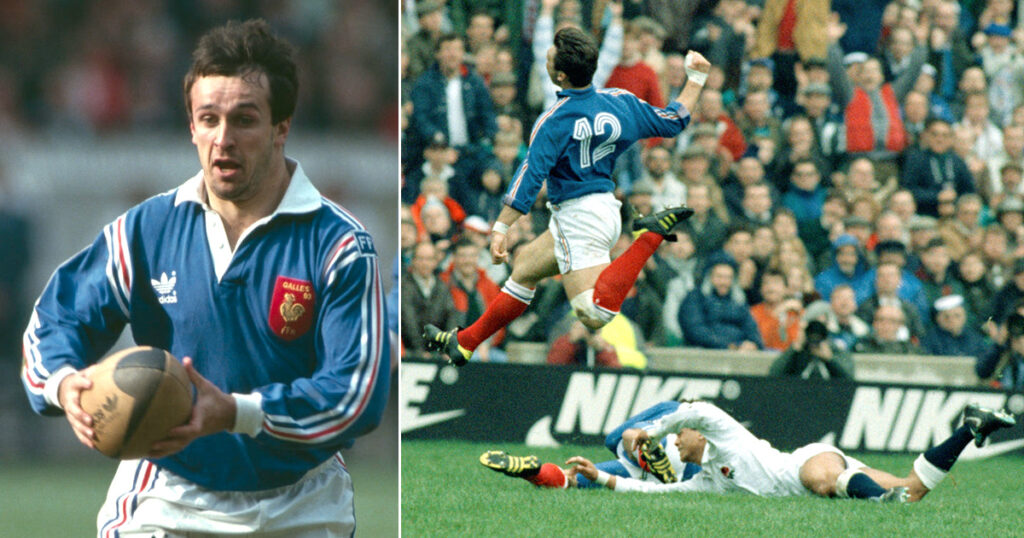 In March it will be 30 years since Twickenham witnessed perhaps the greatest try ever scored in Five Nations history as Philippe Saint-André slid under the posts following an epic coast-to-coast counter-attack.

Coming into the final weekend of the tournament, both France and England had a shot at the Grand Slam after recording three victories apiece.

Coached by former player Daniel Dubroca, France arrived at Twickenham as something of outsiders up against the home side. England, who hadn’t won a Grand Slam since 1980, took the early lead through a Simon Hodgkinson penalty and the full back had a chance to double England’s lead soon after.`

What followed was a try which stunned the local crowd and subsequently was voted at Twickenham’s Try of the Century.

Scrum-half Pierre Berbizier gathered the ball behind the posts but instead of touching down in the in-goal area for a 22m drop-out, he launched an attack from behind his own line.

From then on, it was pure French Flair, with Captain Serge Blanco – in his last 5 Nations appearance for les bleus – feeding winger Jean-Baptiste Lafond who in turn released Philippe Sella down the wing.

Sella then interchanged with Didier Camberabero who collected his chip kick at the halfway line and instinctively launched another kick cross-field into swathes of space to leave Saint-André unchallenged to go in under the sticks.

It was a try which instantly became synonymous with French Flair and has since been replayed literally hundreds of times. France, despite this sensational score, went on to lose the match 21-19, as England picked up their first tournament clean-sweep for 11 years.

England, led by head coach Geoff Cooke, would beat France again later in the year during the quarter final stages of the Rugby World Cup. Unlike the Twickenham encounter, this was a ferocious, ugly physical battle.

Having lost the match 19-10 in Paris, Dubroca controversially grabbed referee Dave Bishop and accused him of being a cheat, an incident which ultimately led Dubroca to resign, with the recently retired Berbizier taking over.