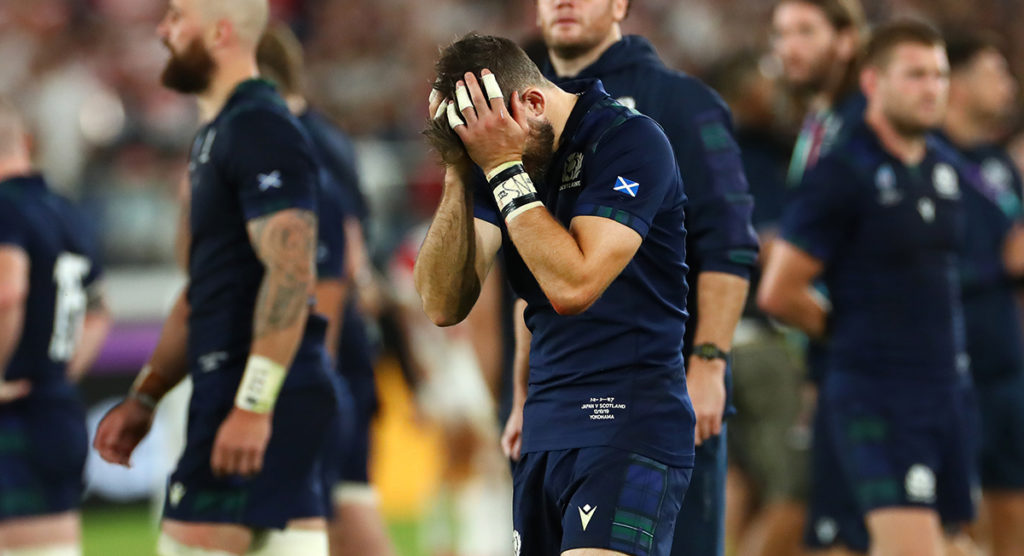 Japan’s match against Scotland last Sunday in Yokohama was undoubtedly one of the matches of the Rugby World Cup so far and one of the best moments when the final whistle blew. But the events that have surrounded that match have been far from pleasant.

With Typhoon Hagibis looming, there were chances that the game last week would be cancelled, which caused Scottish Rugby to threaten legal action against World Rugby as it would have deprived them of a chance of making the quarter-finals.

In the wake of the match, which Japan won 28-21, comments made by Scottish Rugby Union chief executive Mark Dodson have been referred to an independent disputes committee.

Scotland have recently responded to this, releasing a statement that says: “Scottish Rugby is querying whether the matter is an appropriate one for the bringing of Misconduct charges.”

This entire saga has caused a fervent reaction from the rugby world on social media, with many Scottish fans backing the SRU’s response, and criticising World Rugby, particularly for their contingency plan ahead of the typhoon. Many think that this was simply to cancel the match, which is what happened to three other contests at the RWC.

Gilpin should be required to publish the so-called contingency plans and explain how they failed 3 times to roll them out. He must go.

There won’t be a fair hearing and the SRU will soon find out who their friends are. Maybe finally the SRU and the Scottish rugby fraternity will realise that there is no family of nations.

Tell World Rugby to stick it!

However, Scottish fans may be on their own in this circumstance, as fans from elsewhere seem to be behind World Rugby.

The death toll of Typhoon Hagibis is currently 68 at the time of writing, and some feel that Scotland did not cover themselves in glory in how they handled themselves in the build-up to the match. It would have been desperately unfortunate had they failed to make it out of the pool due to a game being cancelled, but regardless of the contingency plans, there were more pressing matters at hand.

Of course, World Rugby have been criticised themselves after this whole episode, but in their battle with Scottish Rugby, they seem to have a lot of support as well.

Maybe if you did less whinging this World Cup and played more rugby then you would still be in Japan.

I live here in Japan and to hear Dodson as well as SRU fans whining and threatening legal action before anything had even been decided and as a nation was bracing for the worst storm in 60 years was a disgrace. Maybe take some cues from Canada on how to act in the future.

Ultimately, this entire back and forth between the SRU and World Rugby was not necessary, as the Scots failed to win, and their problems only look set to get worse.