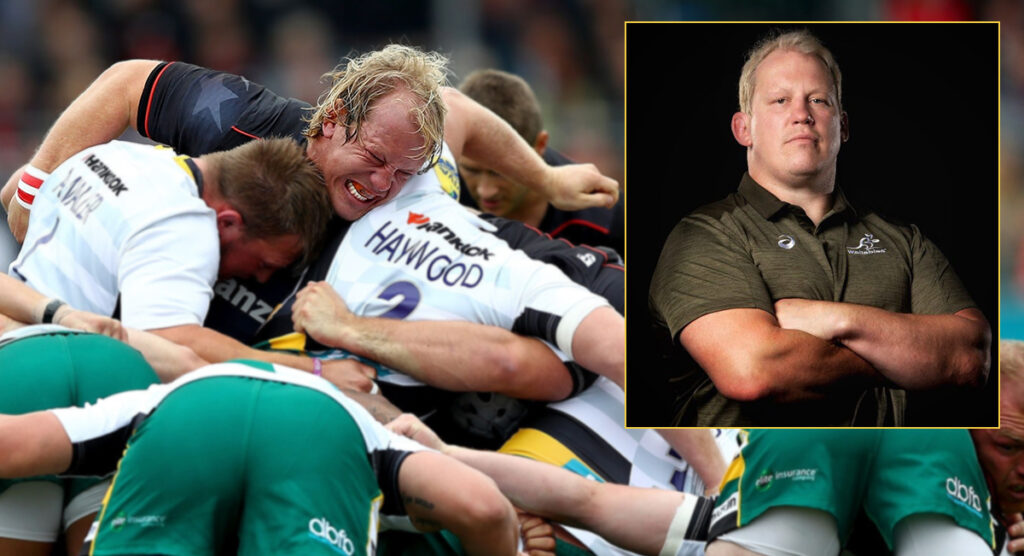 South African born former Saracens prop Petrus du Plessis feels he is just the man to turn the Wallabies scrum into a “weapon”. He is promising to bring a mix of science, experience and old-fashioned grit to his new role as Wallabies assistant coach.

Lured to Australia by Dave Rennie after playing under the first-year Wallabies coach at Glasgow Warriors, du Plessis is a qualified physiotherapist who also won two European championships and three English premierships during an eight-year stint at Saracens.

“When I first went to Glasgow Warriors, no disrespect to anyone in particular, the scrum wasn’t a massive set-piece feature for the team and probably wasn’t very highly ranked in Europe,” du Plessis said on Wednesday.

“And I came in and made a huge difference. I think we ended in the top five in Europe last year scrum-wise and we developed young players.

“So if you put all that together with the fact that I only recently played – I know the rules inside out, I’ve stuck my head in those dark places – that’s where the conversation led with Dave.

“He liked that and the way I present and get the message across so we had an honest discussion and I told him, ‘if the opportunity occurred I would follow you to Australia’ and that’s what happened.”

Such an honour to join the @Wallabies Rugby team! 🇦🇺🦘 #scrumcoach pic.twitter.com/6nQSkCFktB

He then made the mad dash to Olympic Park to see the Wallabies crushed 43-5 to relinquish the Bledisloe Cup to New Zealand for an 18th straight year.

But he remains upbeat, believing Queensland and Reds star Taniela Tupou can be the cornerstone of the Wallabies front row for years to come.

“He’s a phenomenal athlete, probably one of the strongest props I’ve ever come across,” du Plessis said.

“The Wallabies scrum has always been there or thereabouts. They didn’t have a bad World Cup campaign but some people might say the scrum is just a restart of a set piece.

“The talent we have at the minute is good enough to possibly have one of the best scrums in the world. It’s making good strides.”