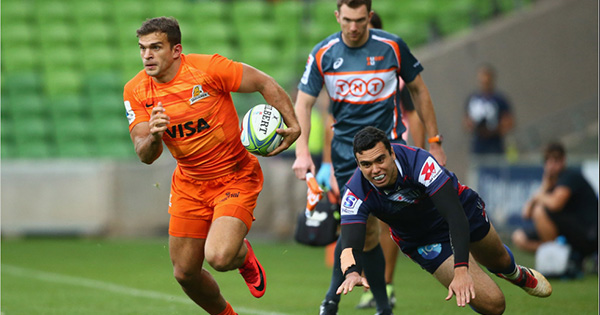 The Jaguares claimed an impressive victory in Melbourne on Saturday night, with winger Ramiro Moyano producing this powerful try as he was somehow able to bump three defenders out of his way – all at the same time.

With the Jaguares on attack, the ball was swung out to Moyano giving just enough time for Tom English, Michael Ruru and Dayle-Haylett-Petty all to converge for what should’ve normally been a routine tackle.

Alas, all three appear to have fallen asleep at just the right moment.

Moyano was not to be denied and lowered his head for his best bowling ball impersonation. Not even a fourth Rebel defender could bring the winger down.

Nicolas Sanchez failed to convert but was on target in the last 10 minutes as he added the conversion on the back of Bautista Ezcurra’s try to complete the come-from-behind win over the second team in the Australian table.