James Haskell gets into high tackle laws from a player's perspective 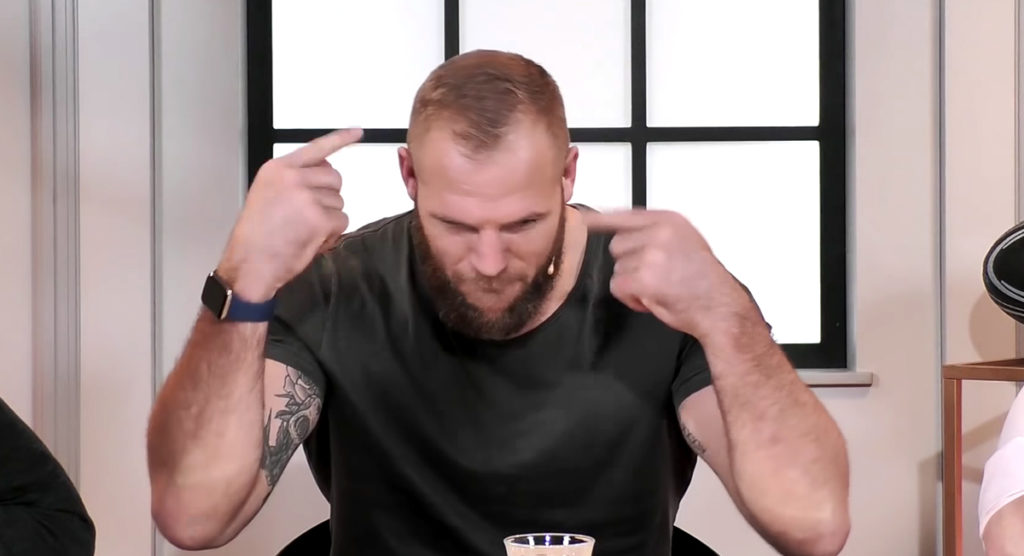 The issue of high tackles has been one of the key talking points of this season, with harsher sanctions being dished out in an attempt to make the tackle area safer.

These rulings – zero-tolerance on head contact and talk of the nipple line tackle area – have proven divisive, with some players in the game claiming to be “baffled” by what is and isn’t allowed. The increase in yellow and red cards associated with these tackles on the face of it may be reducing the number of dangerous challenges, but it’s also creating a fine line in the ruling which players can’t quite get their heads around.

During the latest episode of Joe’s House of Rugby, Northampton Saints and England player James Haskell spoke to host Alex Payne about how players struggle to get to grips with rulings that are made for players, instead of by them.

“They’re [World Rugby] always fiddling with the laws every season and certainly as a player, I’ve never had any input, I’ve never been asked about it. We suddenly just get presented it, so I don’t know who comes up with this stuff,” Haskell said.

Haskell is also a strong advocate of showing full speed replays of incidents when referred to the TMO and Citing Commissioners, stating that slowed-down replays often give a skewed impression of severity in most cases.

“[My tackle on Jamie Roberts], I never wanted to hurt him. But they said it was with intent and because they play it so slowly, they ask really bizarre things like: ‘show me in the dictionary where it says you can make a hit‘, and when you watch it in slow motion, it does look terrible.”

While recent sanctions like Danny Cipriani’s red card offence against Munster in the Champions Cup will continue to create controversy over the exact ruling of these incidents, the panel did agree that the game would get used to tackling in a different manner in future.

That incident sparked a strong reaction on social media, with some players and fans claiming that games were being “ruined” by what they deemed as “soft” calls.

Former England and London Irish second row Nick Kennedy likened the current high tackle laws to the introduction of harsher sanctions for touching a player in the air and the knock-on effect.

“Anyone who touched a player in the air at all would get a yellow card and now, you don’t see many people getting taken out in the air do you? And it did ruin a few games early on and it is poor for the guys who have paid the money to go and watch the game and it’s poor for the guy who’s done it, but it is nearly stamped out in the game.”

Whether people agree with the new laws or not, one thing is clear at least. The zero tolerance approach is likely to stay and the players must therefore respond to avoid getting carded going forward.