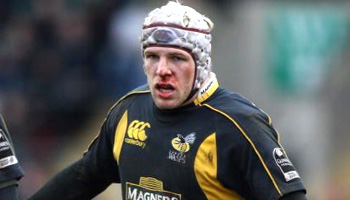 This massive late tackle by the James Haskell went unpunished this past weekend in the Guinness Premiership match against the Leicester Tigers at Welford Road.

The London Wasps man lined up opposing number eight Jordan Crane and let rip, despite the ball having been passed long before the hit. Not only was the tackle late, but Haskell pretty much led with the shoulder and should have been penalised for it.

Somehow the ref missed it though, and actually awarded a penalty to Wasps for a different infringement in the same passage of play.