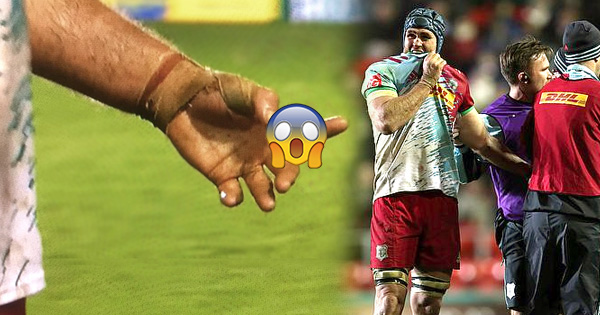 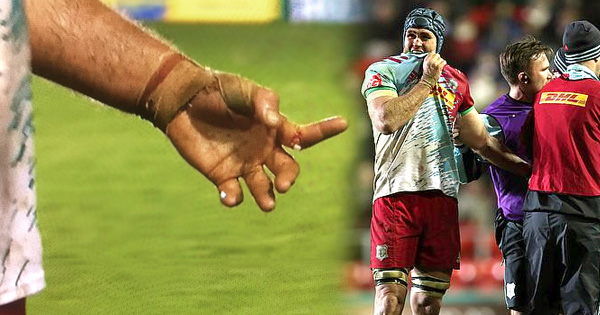 Harlequins lock James Horwill suffered a horrific finger injury this past weekend in the Aviva Premiership against Leicester Tigers, but his tough as nails attitude towards it has garnered him almost legendary status, as he appeared to want to continue playing.

Late in the game Horwill’s bent finger could be seen on live TV as he approached the medics.

The BT Sport commentators cringed as it was clearly dislocated at a right angle, but also appeared to be severed, with bone visible. The medics themselves appeared a little shocked.

Horwill bit down on his jersey and breathed heavily as they attempted to put it back in place and strap it up so he could continue, but sanity prevailed and he left the field.

Fair play to @JHorwill playing for @Harlequins, hard as nails asking the Physio to tape this up to play on! pic.twitter.com/nB3N0FI2WA

The gruesome injury has led to Horwill needing to undergo corrective surgery on Sunday. He tweeted a photo of himself afterwards, with hand and wrist specialist Mike Hayton.

“Finger is looking normal again and all good!” he said, along with the photo.

Former Wallabies skipper Horwill will be monitored by Harlequins medical staff before they determine when he is due to return to action.

If it were up to him, he would probably play again this coming weekend.