Jamie Mackintosh elbow earns him red and a one week ban 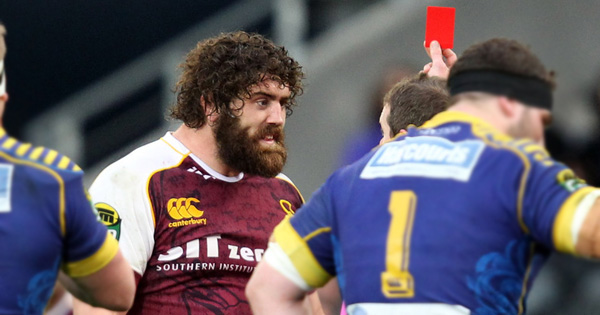 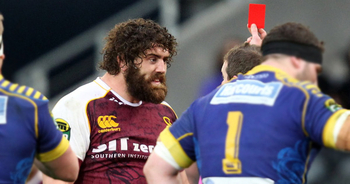 Southland Stags prop Jamie Mackintosh was shown a straight red card in an ITM Cup match against Otago on Saturday. The burly prop was cited and has since pleaded guilty to contravening law 10.4(a) Punching or Striking, and has been banned for a week.

Mackintosh collided with Otago prop Hisa Sasagi, and while Sasagi just put his hands up, the Southland front rower lifted his arm, making dangerous contact with the face.

Sasagi needed treatment and despite Mackintosh’s protestations, the referee had little option but to judge on what he saw, which was an unprovoked forearm, or elbow, to the face.

At the disciplinary hearing Mackintosh accepted responsibility for what had occurred, and New Zealand Rugby Duty Judicial Officer Nigel Hampton QC found this to be a lower end offence, with an indicative starting point of a two week suspension.

However, after finding no aggravating factors needing to be taken into account and noting the player’s admission, plus his long and distinguished playing record, he applied a one week discount to the period of suspension.

Mackintosh has been suspended from all forms of rugby for one week up to, and including, Sunday 4 October 2015. He will miss Southland’s next ITM Cup match against Hawke’s Bay.

Otago went on to win the Dunedin match 61-7. View the match highlights here