Japanese school kids are taking their Haka performances to another level 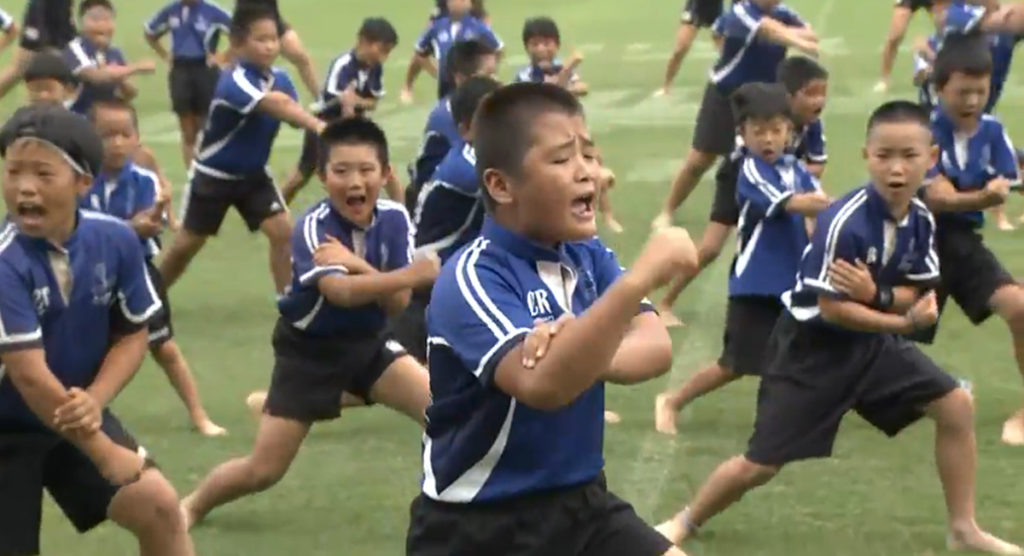 The All Blacks have been battling the heat in Kashiwa, after being welcomed in Japan a week ago. They are preparing for their opening clash with South Africa and were given a stirring rendition of a Haka by this group of school kids on Saturday.

There have been a number of unique welcomes to Japan since teams started arriving last week, and New Zealand in particular have been on the receiving end of some of the more passionate showings from fans.

This group of school kids at the Kashiwa-no-ha Park Stadium performed an excellent version of the Kapo O Pango, knowing all the moves and never missing a beat.

The @AllBlacks blown away by another incredible haka. @rugbyworldcup #RWC2019 #AllBlacks #Kashiwa pic.twitter.com/pK0IdDrH2a

Richie Mo’unga and other All Blacks were on hand to congratulate them, with the number ten returning the gesture by thanking them in their own language.

Another group performed the New Zealand national anthem, doing both the Maori and English versus perfectly.