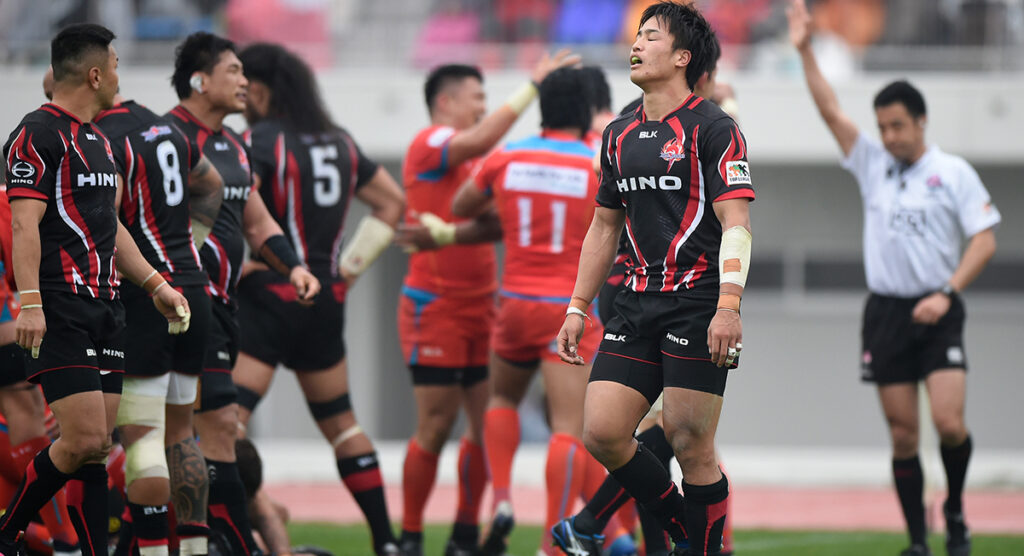 Japan Rugby has suspended the Top League for three weeks following the arrest of a Hino Red Dolphins player for drug use.

This follows a two week hiatus that the league has had due to the Coronavirus outbreak, and Japan Rugby have announced that “the league will undergo a full investigation and aims to restore the public’s faith in rugby’s core values”.

Three Japan Rugby Top League 2020 rounds scheduled to take place this month will be suspended after suspicion of drug use led to the arrest of a Hino Red Dolphins player.

The league will undergo a full investigation and aims to restore the public's faith in rugby's core values.

The player in question is reported to be Kiwi Joel Everson for alleged cocaine use, and a statement released by the league said that there will now be a process of education.

“We sincerely apologize to all rugby fans in Japan for their disappointing results.

“This incident conflicts with most of the core values, and in order to become a league worthy of the name of Japan’s highest peak, we will again pursue each team’s integrity as the top league and normalize in the entire top league Proving that we can resume Top League 2020.”

This is not the first time that such an incident has occurred in rugby, but this extreme response is one that has not been seen in the modern era, and shows the integrity that Japanese rugby has.