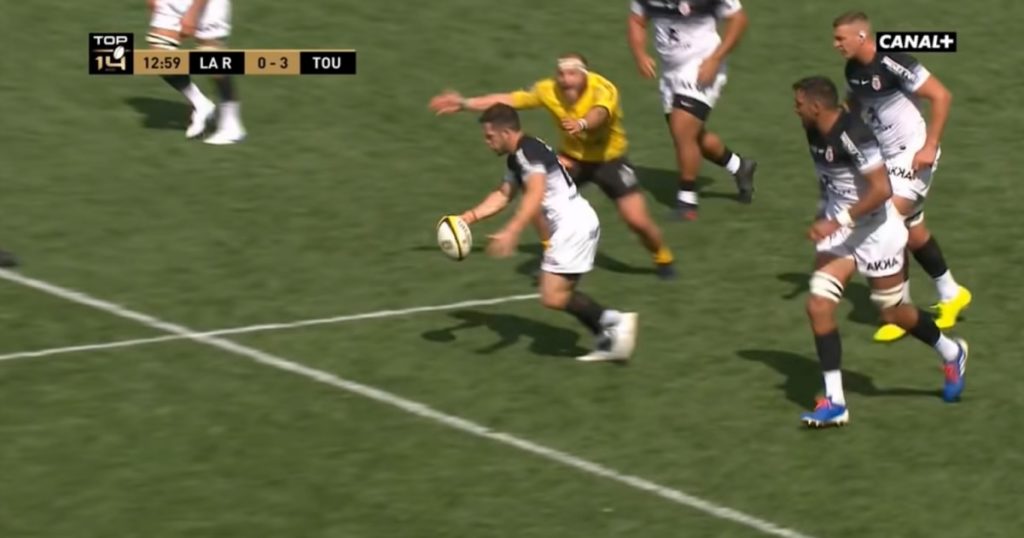 The modern game can be a complicated beast for some players, as former England back-rower James Haskell knows only too well. But last weekend, La Rochelle’s Jean-Charles Orioli used his knowledge of the law to gain his side valuable field position.

Okay, it was only a scrum in exactly the same place where the home side had just seconds prior conceded a free-kick, but it was how it happened which was the most impressive.

Up against a formidable Toulouse pack, La Rochelle were pinged for an early engagement which resulted in a free-kick for the visitors.

However, whether Toulouse fly-half Zack Holmes thought his side had been awarded a full straight arm penalty or simply took too much time before clearing, is unknown.

Sensing what was happening, Orioli charged towards Holmes who dodged out of the way to put boot to ball.

But referee Tual Trainini quickly pulled play back for a La Rochelle scrum instead, as Holmes had moved away from the original mark before kicking clear.

Indeed, it is where Rule 20.17 is applied: “If the opposing team charge fairly and prevent the free-kick being taken, the kick is disallowed. Play restarts with a scrum at the mark with the opposing team throwing in.”

Clearly, Orioli knew his laws and helped La Rochelle win back possession that they had lost just moments before.

La Rochelle went on to win the game 28-13, a result which handed defending champions Toulouse their third defeat in four matches.