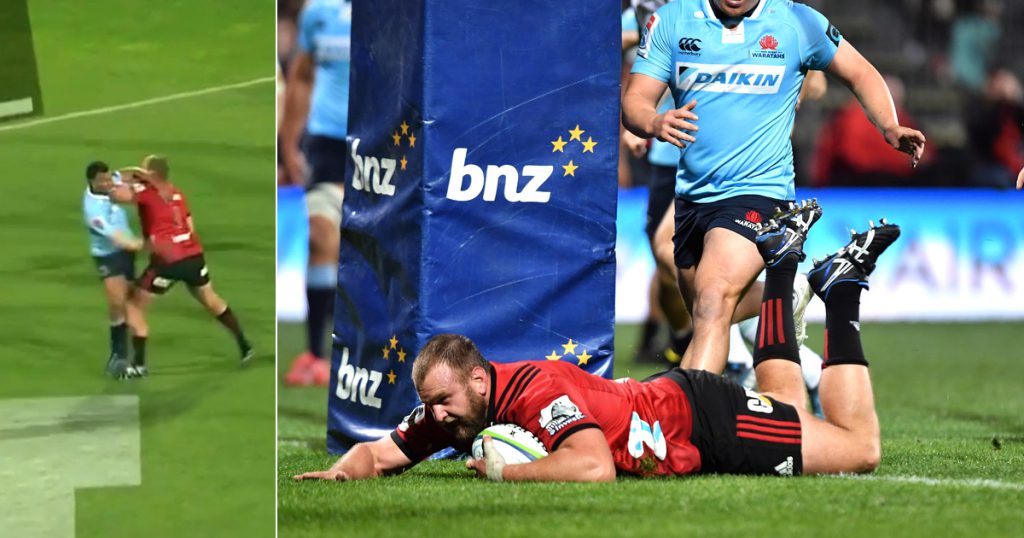 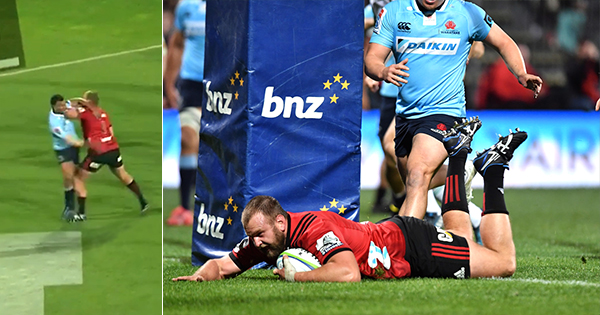 Crusaders front rower Joe Moody was suspended after he was cited for this incident that led up to his try against the Waratahs in the first half of Saturday’s Super Rugby clash in Christchurch. Moody pleaded guilty to the charge.

A SANZAAR Foul Play Review Committee accepted a guilty plea from All Black Moody, after he was charged was contravening Law 9.12: Striking with hand or arm.

He appeared to bump Beale out of the way, landing his forearm on Beale’s chin in the process.

It somehow wasn’t picked up by officials on the field, or the TMO, and the New Zealand commentators seemed to ignore it, with only light reference made of the way he cleared his path towards the tryline.

Their Australian counterparts, however, were less forgiving, with former Wallaby Rod Kafer saying:

“With respect to sanction the Foul Play Review Committee deemed the act of foul play merited a mid-range entry point of 4 weeks due to the dangerous contact with the opposing Player’s head.

“However, taking into account mitigating factors including the Player’s excellent judicial record, good character and guilty plea at the earliest possible opportunity, the Foul Play Review Committee reduced the suspension to 2 weeks.”

“The player is therefore suspended for 2 weeks, up to and including Friday 25 May 2018.”

The Waratahs were leading 29-0 when Moody scored. The try sparked a historic comeback, as the Crusaders went on to win the match 31-29, making it the biggest comeback in Super Rugby history.