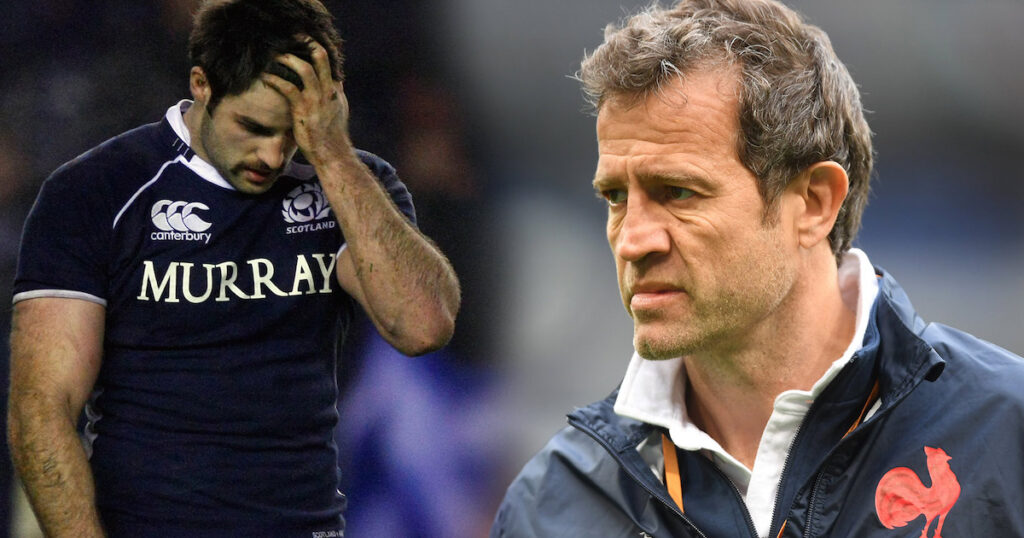 Former Scotland and Montpellier back-rower Johnnie Beattie has given some amazing insight into the coaching style and mentality of current France head coach Fabian Galthié over the course of last weekend, and he gave the Rugby Pod team a few more gems.

Beattie told the BBC’s Jamie Lyall that Galthié remains the “best tactical attack coach I’ve ever worked with” in the build-up to Sunday’s 6 Nations encounter, which Scotland won 28-17 at Murrayfield.

It came after many in the game had revealed that Galthié’s public persona was not quite the same as his private, coaching approach; the former scrum-half was painted as a bit of a bully and brutal in his efforts to get players to train better.

Beattie admitted that, while far from a perfect man-manager, Galthié is the perfect fit for his current international-level post. The reason for this, is that his approach is just not suited for the laborious day-to-day job at club level.

Beattie said: “He struggled with being a decent human you want to buy into and work for. People bought into the fantastic rugby we played, not the culture or environment he would provide.

“Even back then, we all said this guy would be absolutely amazing in an international environment, where he’s not with players week in, week out. And it’s pretty evident that he is leading that resurgence with the French national team.”

Beattie also talks of Galthié “burning bridges”, “destroying club cultures” and “humiliating” players’ morales during training sessions, but believes that in collaboration with defence coach Shaun Edwards, he can transform France into a dominant side in the future.

“Pretty much the final nail in Jim’s coffin, was Fabian’s best mate Mario Ledesma. We were playing in Bayonne and Jim is calling the line-outs and the defensive line is not jumping. And Mario shouts “Jim, Jim! Jump you f*cking asswhole, we pay you to jump! It was next level, it was the Wild West.”