Jonny May gives update from hospital 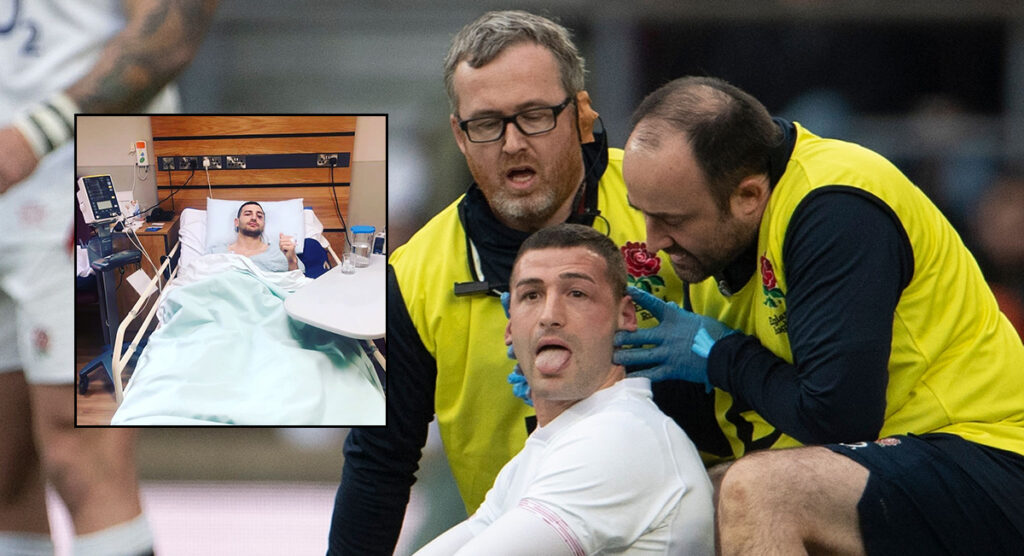 England winger Jonny May has provided an update on social media following surgery for a fractured cheekbone.

The Leicester Tigers star was forced from the field after only eight minutes during England’s victory over Wales in the Guinness Six Nations, and it was later confirmed by his club the nature of the injury and the subsequent operation.

May himself recently shared a photo of himself post surgery with bruising near his left eye, alongside the caption: “It’s never good picking up an injury but I will use this as an opportunity to regenerate/sharpen up and will be doing everything I can to get back on the pitch as soon as possible.”

Neither May nor Leicester have revealed exactly how long he will be sidelined for, except for an “extended period” on their website.

With rugby in England and Europe expected to be suspended for the foreseeable future as a result of the coronavirus outbreak, it is unclear how much rugby the 29-year-old will actually miss through this injury, if any. Furthermore, with no relegation battle for Leicester, his absence will not be too impactful if there is to be more rugby played this season.

May has not missed a Six Nations match for England since 2017, and has been ever-present in Eddie Jones’ side in recent years. His injury caused a noticeable change at Twickenham against Wales, and while Elliot Daly comfortably shifted to the wing, it was apparent how crucial May’s searing pace is to England’s kick-chase game.

The 56-cap back will be targeting a return to the national setup for the two-Test tour of Japan in July. With England due to only select players who have played fewer than 20 games for club and country this season, May qualifies to play, although that series is in doubt as well.