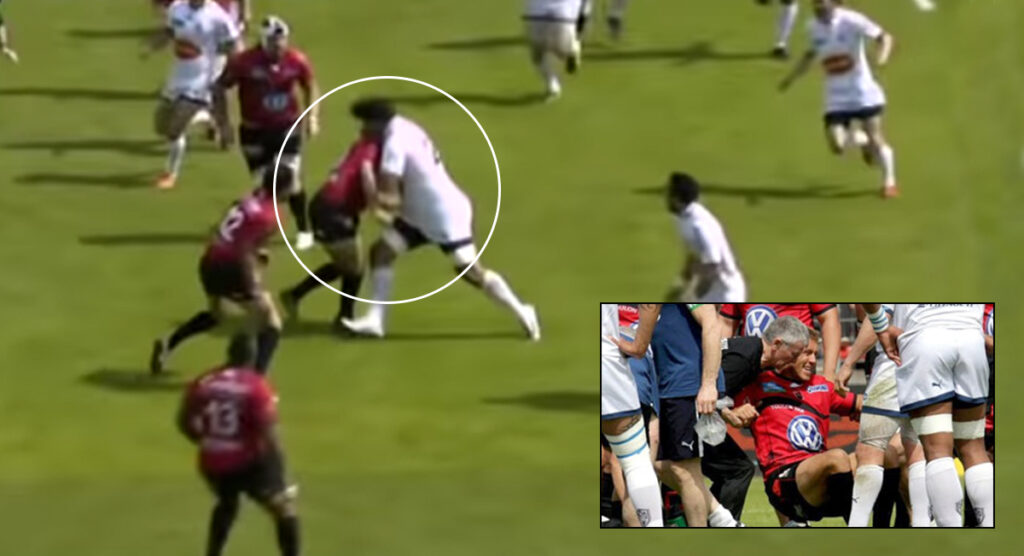 Jonny Wilkinson was on the receiving end of one of the biggest knocks of his career as Toulon beat Agen 43-21 at the Stade Felix Mayol on Saturday. Wilkinson, who wasn’t included in the initial Lions squad, didn’t suffer any long term effects from the collision.

Winger Alexis Palisson scored a hat-trick of tries while former Springbok Danie Rossouw scored a brace as the home side secured a comfortable victory on the last weekend of Top 14 pool play.

Early in the second half Wilkinson went in for a trademark tackle but ended up picking on the wrong man, as massive Opeti Fonua came charging towards him, sending him flying at a rate of knots.

The former England star left the field for a concussion check, but returned shortly afterwards. He didn’t last long though and left a few minutes later again to stick an icepack on the shoulder. The Toulon camp have since confirmed that he should be okay to play again soon.

It was great to see how quickly Agen centre Nafi Tuitavake was to get across to Wilkinson to see that he was okay, as well as one of the other players sticking their hands up recognising the possiblity of a serious injury.

As you can see in the [updated] clip, Fonua also bumped off David Smith and big Danie Rossouw.

Ross Skeate confirmed earlier that Fonua is weighing in at around 146kg’s at the moment.

Both Toulon and table toppers Clermont have Semi Final spots lined up, where they will face the winners of Toulouse vs Racing Metro, and Castres vs Montpellier respectively. The playoff games take place this coming weekend, while the semis will be on the 24th and 25th May.