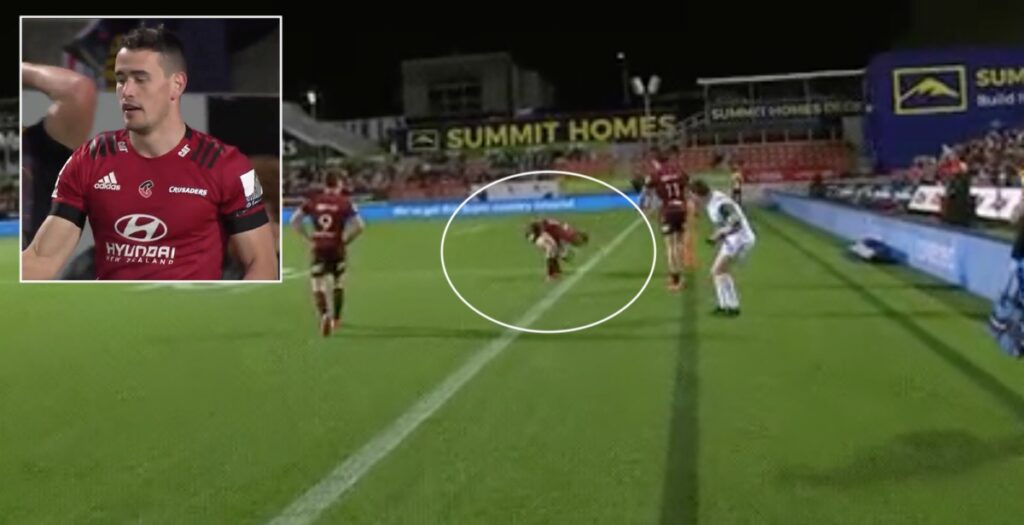 Crusaders winger Will Jordan demonstrated his mercurial skills against the Chiefs on Saturday with a ridiculous touch-saver in Hamilton.

The 22-year-old winger showed great athleticism to prevent the ball from going into touch after a Chiefs penalty. Jordan was poised in touch waiting for the ball to drop when he pounced and some how landed with both feet infield.

Will Jordan living on the edge. 😉#CHIvCRUpic.twitter.com/rsgfrskqH1

The youngster has been lighting up Super Rugby Aotearoa for the Crusaders with some incredible pieces of skill since rugby’s return and he also got on the scoresheet in the first half on Saturday. Full match highlights are available below:

Despite not even amassing 20 appearances for the Crusaders, fans are rightly talking about Jordan becoming an All Black in the not too distant future.