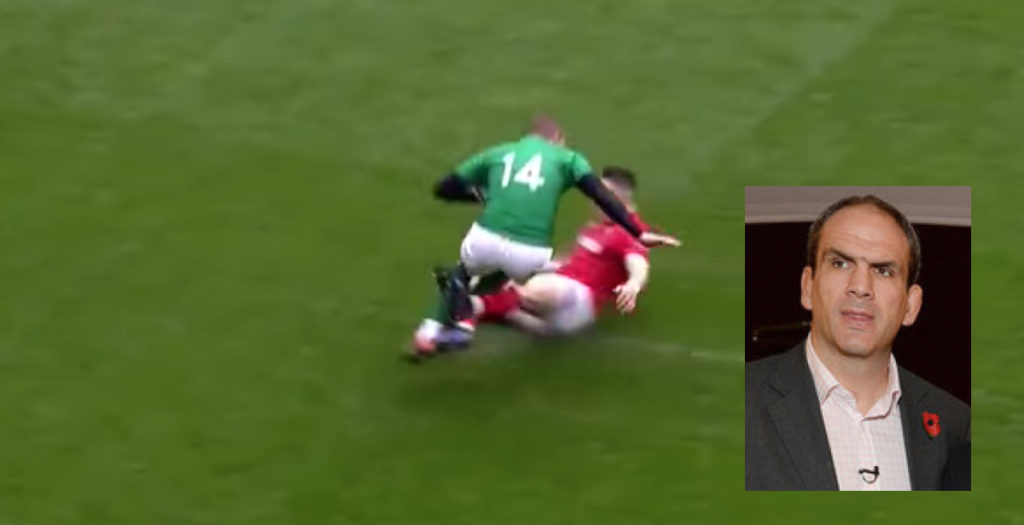 In the sixth minute of yesterday’s Grand Slam decider between Wales and Ireland in Cardiff, Welsh winger Josh Adams was penalised for a trip on his opposite number Keith Earls.

The Worcester winger only received a penalty for the foul play, but at half time former England captain Martin Johnson said that he felt the incident may have warranted a yellow card, or possibly more.

Throughout the 80 minutes both teams gave away 11 penalties each and Wales went on to win the game 25-7 to earn a record-breaking fourth Grand Slam title.

Adams has been one of the in form players in this year’s Six Nations championship having scored three tries, the most significant of which came against England in round three.

The Welsh will now be ranked second in the world leading up to this year’s World Cup in Japan, their joint highest rank in history.