Just how much money does it take to organise the Top 14 final? New study reveals a staggering amount 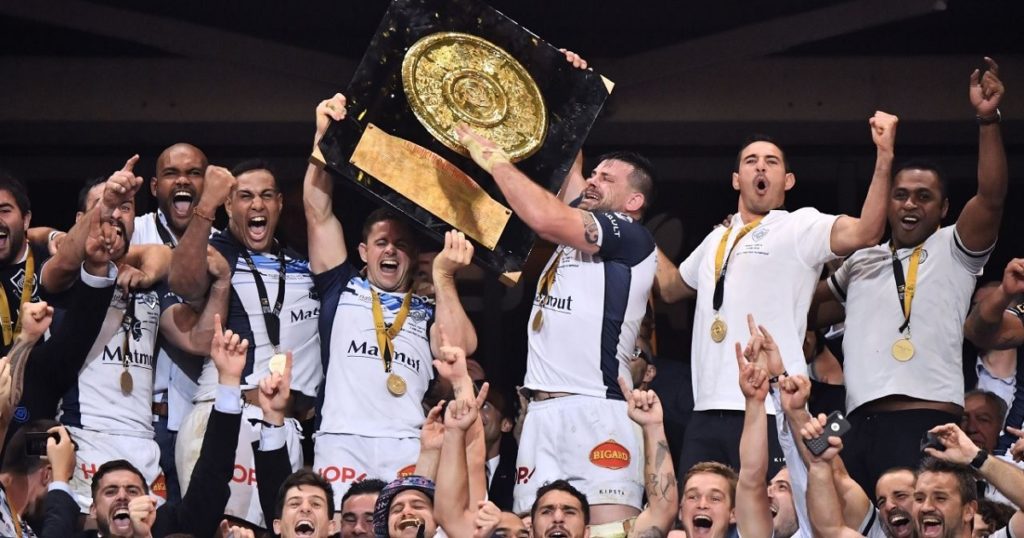 The Ligue Nationale de Rugby, who preside over the French Top 14 competition, recorded an economic impact of over €16 million from last season’s final between Castres and Montpellier, according to the body’s financial report released this week.

The estimated impact from visitors was average at around €9.5 million, while just over €4 million was spent between the LNR and the Consortium Stade de France (CSDF) on organising the final last June.

These are just some of the figures included in the study, which cast an intrigued eye over the actual cost of staging the competition’s stand-out event of the year and the demands placed on the participating teams, and supporters.

While there were no statistics recorded from Montpellier (last year’s beaten finalists), Castres recorded expenses of €880,000 – spent across accommodation, transport and food and drink. An equivalent figure was assumed for Montpellier. 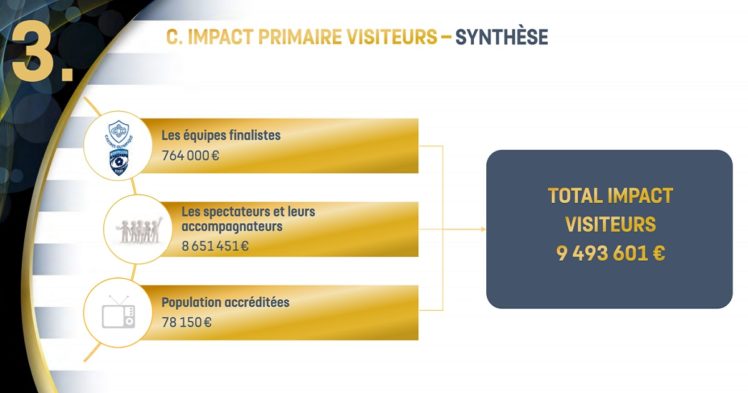 The average spending of visitors specifically in Paris for the final was recorded at around €207.25, which with 87.4% arriving from outside the city, relates to nearly €8.5 million in worth when accommodation, travel and restauration are taken into account.

VIP spectators – a much smaller percentage of the demographic – typically spend around €500 over the weekend and contributed to €227,004 in the primary economic impact.

Another area of study focused on the specific demographics of visitors, with the majority being males (nearly three-quarters). Female attendance was up by eight points on the 2017 final.

The spectators were largely older with 38% of males between the age of 35-54 years attending, while the largest female demographic being 10% in the same age bracket.

37% of spectators attended as part of a group of friends, while 54% went as a family.

The wider Paris area public transport was the most used method of getting to the stadium on matchday, with 63% of spectators electing to travel by metro, with 41% using a car.

No doubt the revenue achieved from spectators, teams and organisers is a shot in the arm to the LNR as a whole, and puts some light onto just how much money is pumped into French rugby. It also places emphasis on exactly how expensive it can be to host and organise such a stand-out sporting event to a high standard.

This year’s final takes place on Saturday between Stade Toulousain and ASM Clermont Auvergne, two sides which have an almost cult supporter following. It is therefore expected that these numbers demonstrated will only increase as a result. 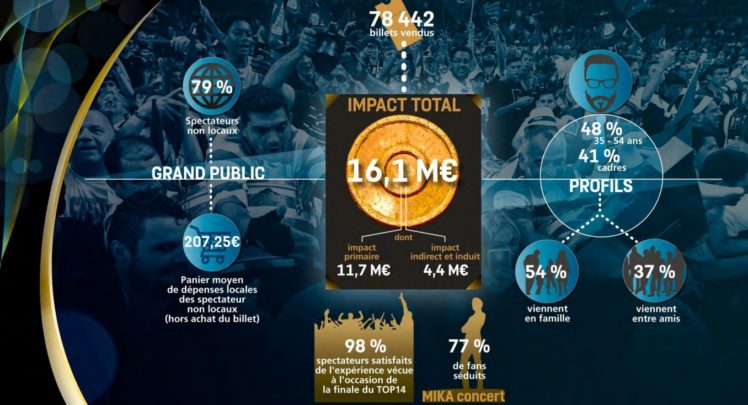 Just how much money does it take to organise the Top 14 final? New study reveals a staggering amount | RugbyDump - Rugby News & Videos