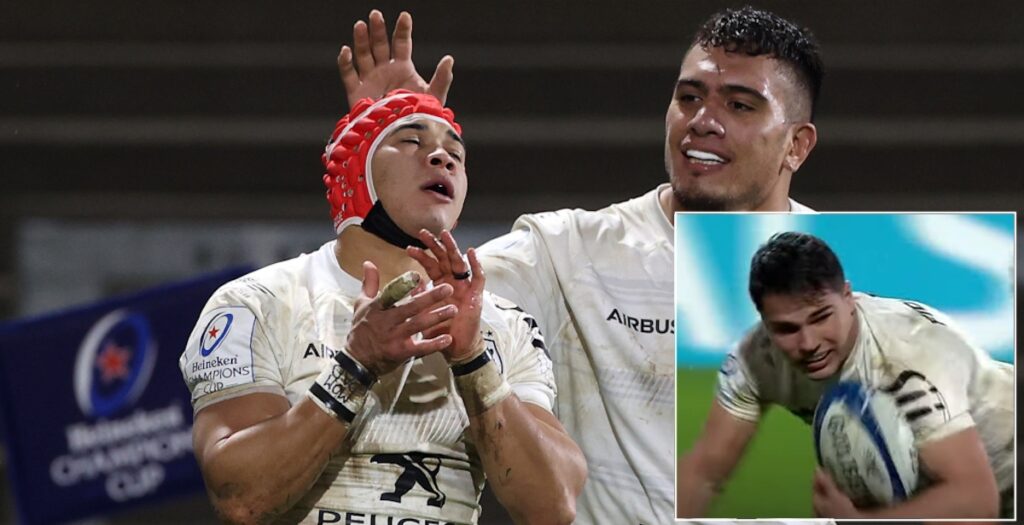 The Toulouse duo played key roles in the stunning opening round match which saw Ulster get off to a fantastic start with this epic score from Ian Madigan.

With Ulster on a 12-point lead it was Kolbe’s wonderful chip-and-chase on the right wing which earned him the first of two tries at the Kingspan Stadium before scrum half Dupont took centre stage.

Really impressed with @UlsterRugby tonight in defeat. Played with lots of ambition in awful conditions – it’s just hard to beat teams with Cheslin Kolbe in them!

The French international scored a ludicrous individual try, cutting through the Ulster defence from 40m out and showing world class attacking skills and acceleration to reach the line.

Then just 10 minutes later Springbok sensation Kolbe showcased his electric footwork with a brilliant right-foot step to score Toulouse’s fourth try of the night and help the visitors to a 22-29 win. Full match highlights including both of Kolbe’s tries are available below: