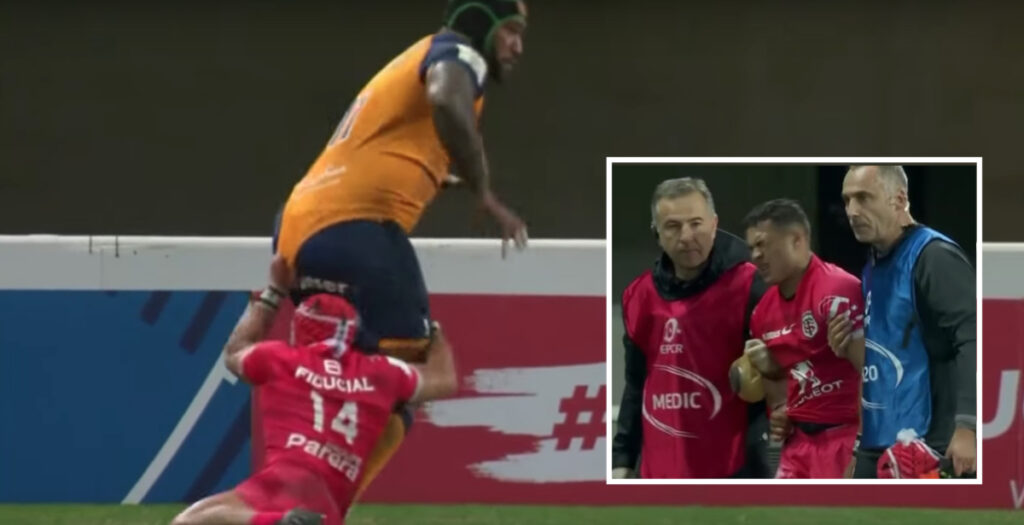 Toulouse and Springbok winger Cheslin Kolbe was forced off the pitch through injury while taking down Nemani Nadolo.

The 26-year-old World Cup winner was completing a tackle on the giant Fijian winger when he was kicked in the ribs accidentally by his own teammate.

Kolbe has earned 14 caps for the Springboks and as well as scoring a try in the World Cup final earlier this year, he also won an Olympic bronze medal in 2016.

Toulouse went on to win the game 18-26 at the GGL Stadium leaving them to of Pool 5 in the Champions Cup.