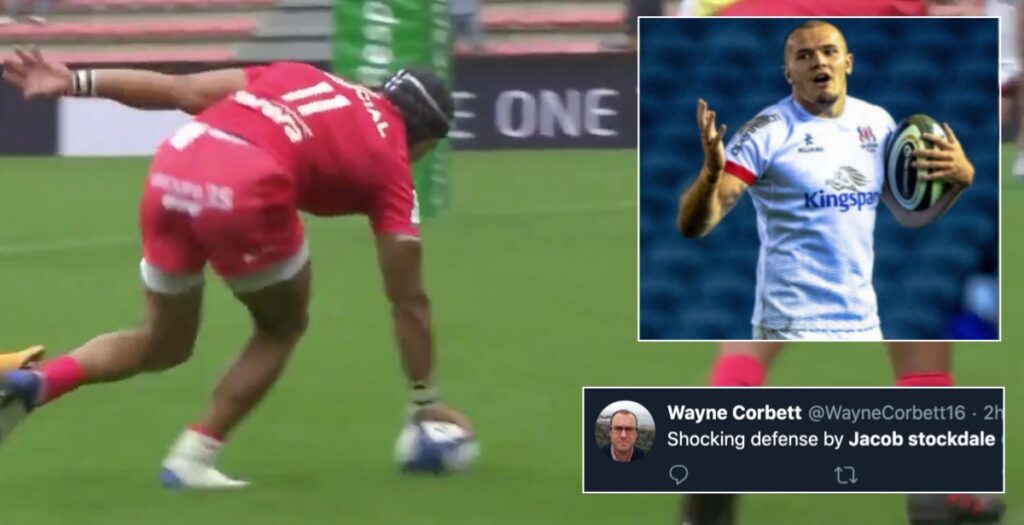 Jacob Stockdale is gonna have nightmares of Cheslin Kolbe

The 5ft 7” winger scored twice in the quarter-final game and made mincemeat of Ireland’s Jacob Stockdale both times. His first try came in the opening three minutes with this lovely step on the inside the Ulster star:

Then in the 39th minute Kolbe used some more dazzling footwork to step inside Stockdale again, reminiscent of his try against England in the World Cup final in 2019, and score just before the half time break.

Kolbe’s brace helped Toulouse to a 36-8 win and they will now face either Exeter or Northampton in the semi-finals of the competition next weekend.

Kolbe has earned 14 caps for the Springboks since making his debut in 2018 and he was one of the crowd favourites at the 2019 World Cup due to his electric footwork and agility and he scored this incredible effort in the final to seal the win for South Africa: