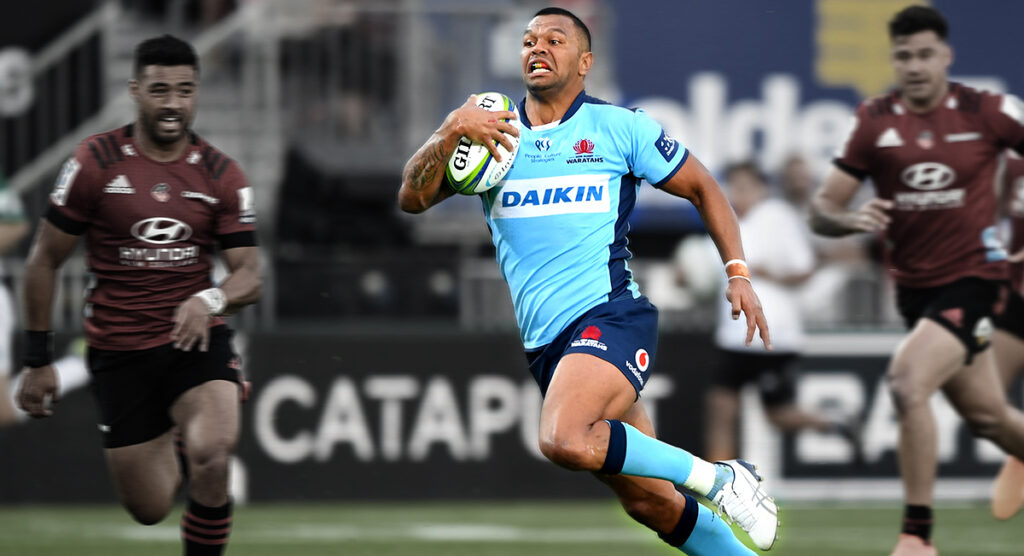 Kurtley Beale’s impending move to French rugby could become the norm for the cash-strapped code in Australia and former Wallabies captain Andrew Slack admits the scrapping of the Giteau Law seems the only logical response.

NSW Waratahs and Wallabies utility back Beale had his long-touted two-year deal confirmed by the Paris-based Racing 92 on Tuesday morning.

Melbourne Rebels and emerging Wallabies forward Luke Jones will join him at the glamour club from next season, with both set to play in Rugby Australia’s truncated domestic Super Rugby competition before departing.

The move isn’t uncommon, with both players previously enjoying European stints and many others crossing to the NRL or signing rich foreign deals.

But with Rugby Australia seeking a broadcast partner beyond this season and their brittle financial state laid bare it could prove more difficult than normal to retain talent.

Presently, only those who have played over 60 Tests and served seven years in Australia can be picked from an overseas club to play for the Wallabies.

Slack said in an ideal world the best Australian players would be playing on home soil week-to-week, but that “this isn’t an ideal world and it wasn’t one six months ago either”.

“If all those things (contributing to a drop in RA’s finances) hinted at happening do happen then, yes we are in a tight spot and the reality is we will lose people to rugby league or overseas clubs,” he told AAP.

“I’m not exactly sure what could be done about it but we’ve been dealing with that for 50 years and the only thing that may come from it is forgetting about the Giteau Law.

“It’s probably a reality and it’s worked pretty well for the Socceroos.

“Like with the Socceroos, (Rugby Australia would have to) manage a worthwhile domestic competition and an international schedule which allows players from overseas to play.”

Waratahs captain Rob Simmons praised the club’s most-capped player, who also enjoyed a stint with the Rebels on his way to 162 Super Rugby caps.

“We’re going to miss a player like that. It’s huge and this next little bit of competition, whatever does get off the ground will be a good chance for him to really send us off,” he said.

The captain admitted it was “quite daunting” to be confronted by the sorry state of rugby, admitting that he wasn’t sure how players’ contracts would be impacted in the future.

“It’ll be wait and see at what is possible; it is a bit daunting in that sense that guys are going to be looking after their No.1s,” he said of the potential for more player movement.

“Every code’s having their own struggles but everyone’s trying their best and that’s all they can do to get us back to where we were.”