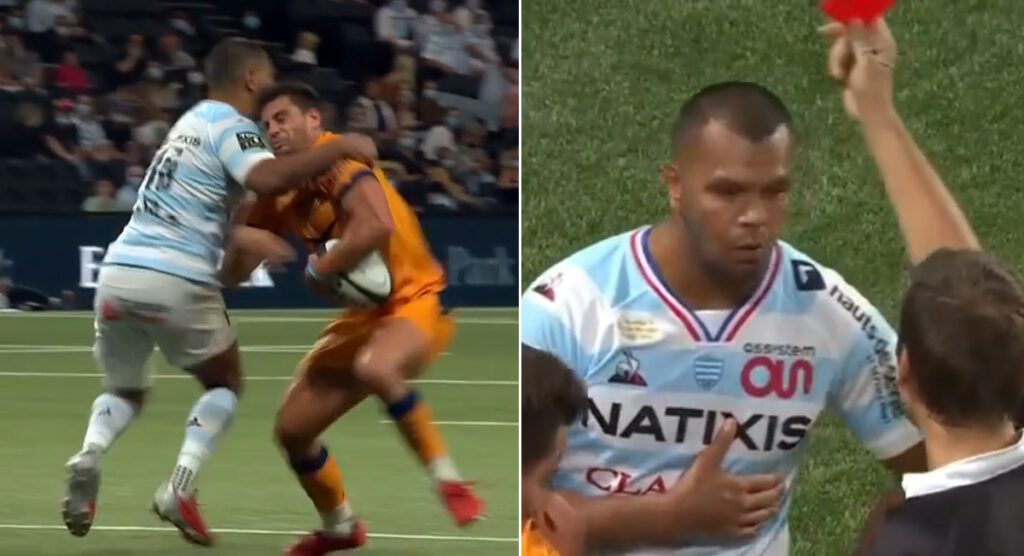 Australian international Kurtley Beale was sent off in just his second match for new club Racing 92 following a high tackle in his side’s 41-17 victory over Montpellier.

Unlike other years, Racing 92 did not recruit as heavily over the off-season as they usually do, so Beale’s arrival was highly anticipated, particularly after the exit of previous full-back Brice Dulin to La Rochelle.

Beale played in the opening weekend victory away to Lyon but was given his marching orders in the second half last weekend following a TMO review.

The Wallaby rushed up to stop Montpellier centre Arthur Vincent, but misjudged his tackle by striking the French internationalist on the chin with his shoulder. Beale’s challenge was essentially on the edge of being legal, given his right arm contacted Vincent’s shoulder.

The force with which Beale impacted Vincent was taken into account by the fourth official and the Racing full-back was soon shown a straight red card in lined with the new laws.

The Top 14’s governing body, the Ligue National de Rugby (LNR), will convene in Paris for the disciplinary hearing, after which Beale’s suspension will be decided.

Recent red cards for Toulouse’s Richie Arnold and Joe Tekori were given relatively lenient punishments of a week each.

So far in the new Top 14 season, there have been six red cards in just two weekends of games. Agen had Irish centre Noel Reid dismissed in their loss to Pau, while both Bordeaux-Bègles and Stade Français had a player sent off last weekend as well.

Lyon were lucky not to lose a player permanently in their 36-14 defeat to Toulon after having five players sin-binned, with three coming in four minutes during the first half.