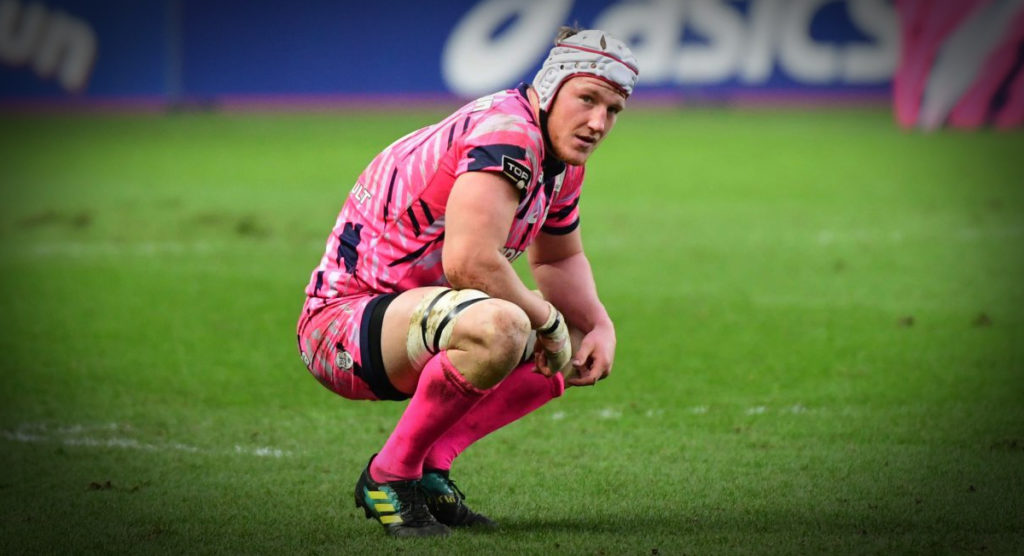 With Stade Francais lock Hendré Stassen potentially facing a four-year ban for doping, fans on Twitter have given their thoughts on drugs in rugby.

The 21-year-old failed a drugs test in mid-May after a game against Montpellier, testing positive for the performance-enhancing drug nandrolone.

Since arriving in Paris in October from the Blue Bulls, Stassen was nothing short of a revelation for the club, playing 18 times for Heyneke Meyer’s side. Former player, now commentator, Andy Goode wrote on Twitter of how impressive Stassen was last season, as have other fans, but understands now why the lock was able to make such an impact.

So you're saying barely anyone in pro rugby's on the gear? Spppfffytt

Rugby has long tried to hold on to the reputation that it is a clean sport, and while this is not the first case of doping, it is rare.

A Saffer on roids? I’d never thought I’d see it

Stassen’s compatriot Chiliboy Ralepelle tested positive for drostanolone in 2014 while with Toulouse, serving a two-year ban. He returned to professional rugby with the Sharks, where he failed another drugs test. Furthermore, there is a growing number of players failing tests at lower levels of the game.

However, this news has not shocked many fans on social media, as they feel this is the “tip of the iceberg”. The fact that this is a South African player is least surprising, as some fans have alluded to this being commonplace for younger players there, as there has been a rise in steroid use at school level.

Players in the past have implied that this may be going on in some areas of the game, but nothing specific has ever been said. Likewise, fans here are also suggesting that this may be rife in the game.

Then 80 percent of rugby players should be sacked……

A big disappointment as he was a very promising player. But if he’s guilty he’ll deserve everything he gets and he’ll owe @SFParisRugby and the supporters a huge apology

What’s worse is that Stassen is under a police investigation in South Africa, and could be charged with assault with intent to cause grievous bodily harm, for an incident outside a club in Pretoria in June.