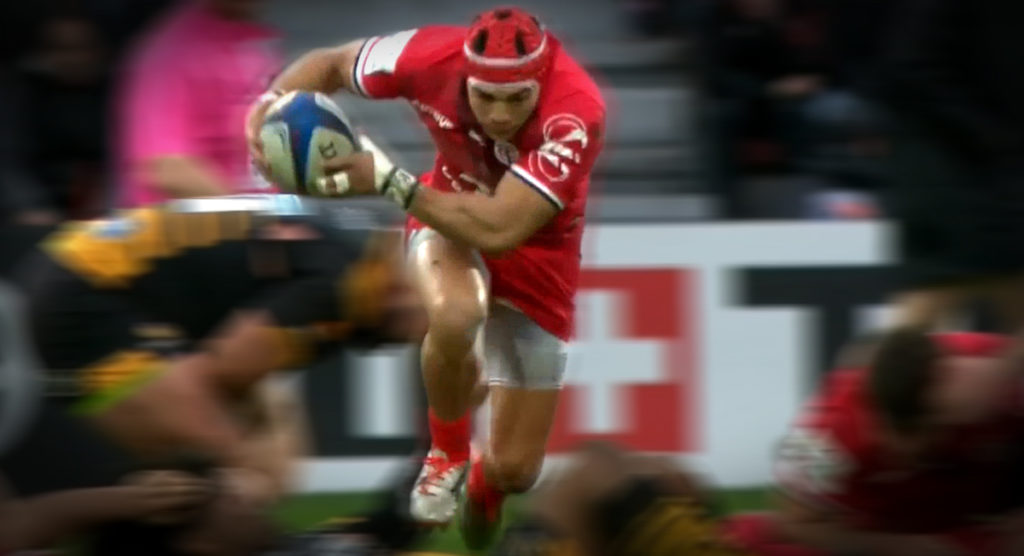 The Cheslin Kolbe hot run of form continues as he helped Toulouse to a 42-27 bonus-point win over Wasps on Saturday. One of the standout moments from the dynamic winger came when he leapt over a ruck, then made a Wasps winger look a bit silly.

Up against Springbok teammate Wille le Roux, Kolbe showed the kind of form that has had fans in France and South Africa raving for some months now.

Last weekend we saw him bounce two defenders before dashing away for a great try, and while he didn’t score on this occasion, his contributions helped Toulouse to remain unbeaten and top of Pool 1.

That means Wasps’ hopes of reaching the knockout stages are over as they sit in fourth position with only two games to play.

Midway through the first half Kolbe picked up a ball at the base of ruck and in typical fashion set off but somehow managed to commit to a sidestep in the air before anybody knew what was happening. The offload followed and it all happened in an instant, while Wasps winger Ross Neal lay in a heap on the floor.

Neal, who scored a try of his own on the day, was a good sport about it as he tweeted this great response to a short video of the Kolbe skill that put him on his backside.

Embarrassing for whoever that was https://t.co/pa8WYlU2Ps

Toulouse are two points ahead of Leinster, who beat Bath 42-15 on Saturday. Watch the match highlights below.

Enjoy some of Kolbe’s best bits for Toulouse in this great compilation.