Pacific Rugby Players Welfare chief executive Dan Leo has questioned rugby’s residency rules after Ireland No8 CJ Stander announced his retirement at the end of the season in order to return to his native South Africa.

In a Tweet following the Munster back row’s announcement, Leo said that Stander returning to South Africa “makes a mockery of the game far more” than players with Pacific Island heritage seeking to represent a second country during their career.

Leo has since deleted the Tweet, but this is a cause he has continuously fought for and discussed at length in his 2020 documentary Oceans Apart: Greed, Betrayal and Pacific Island Rugby.

“Congrats on a great career CJ,” he wrote.

“But in my mind someone getting residency after 3 years, making a national team then moving back home as soon as they retire makes a mockery of the game far more than Pacific Island heritage players wanting to turn out after a stand down period.” 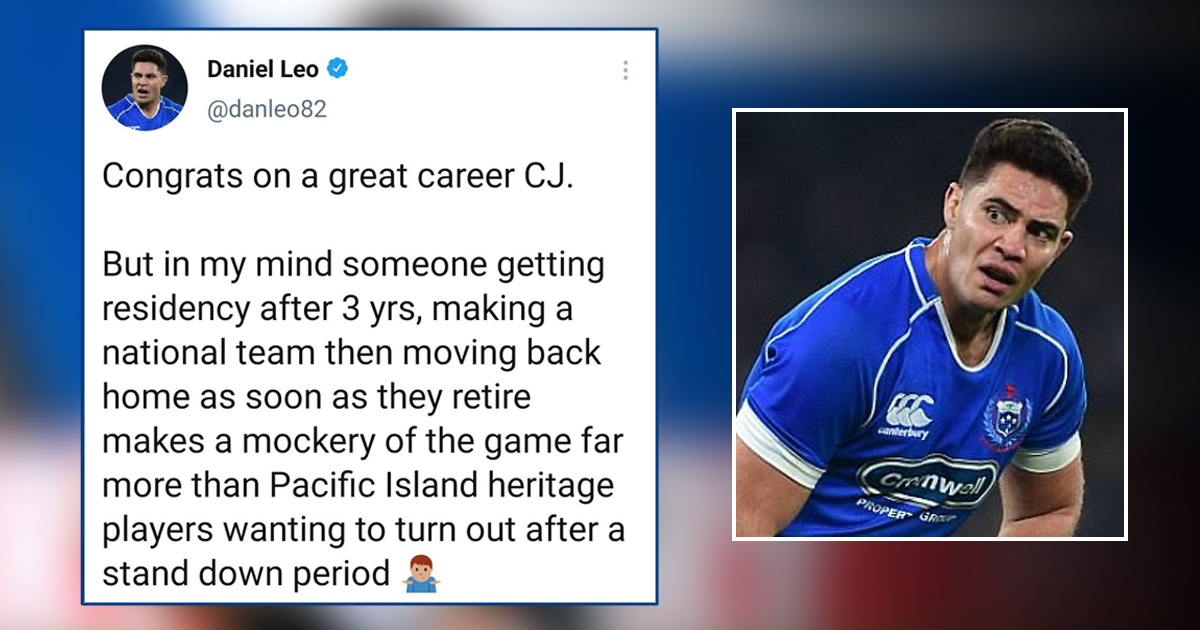 One thing that has been frequently mentioned by fans since Stander dropped his retirement bombshell is how committed and dedicated he has been to Munster and Ireland ever since he moved to Thomond Park in 2012 from the Bulls.

Leo is not arguing against this, but he sees the entire process as a flaw in rugby’s residency rules which allowed Stander to represent Ireland after three years, although they have now been extended to five.

Meanwhile, a player like Bristol Bears’ Charles Piutau has fought an exhausting battle in order to compete for Tonga, where his parents are from, because he represented the All Blacks six years ago.

Though Piutau is coming close to realising his dream through the Olympic sevens loophole, Wasps’ Malakai Fekitoa faces a similar problem despite being born in Tonga.

Given his role, Leo is championing the rights and opportunities for Pacific Island players and may have deleted the Tweet after a backlash. But his comment is not about Stander, rather the rules World Rugby has in place. He emphasised this in another Tweet, saying the rules “make a mockery of the game”.