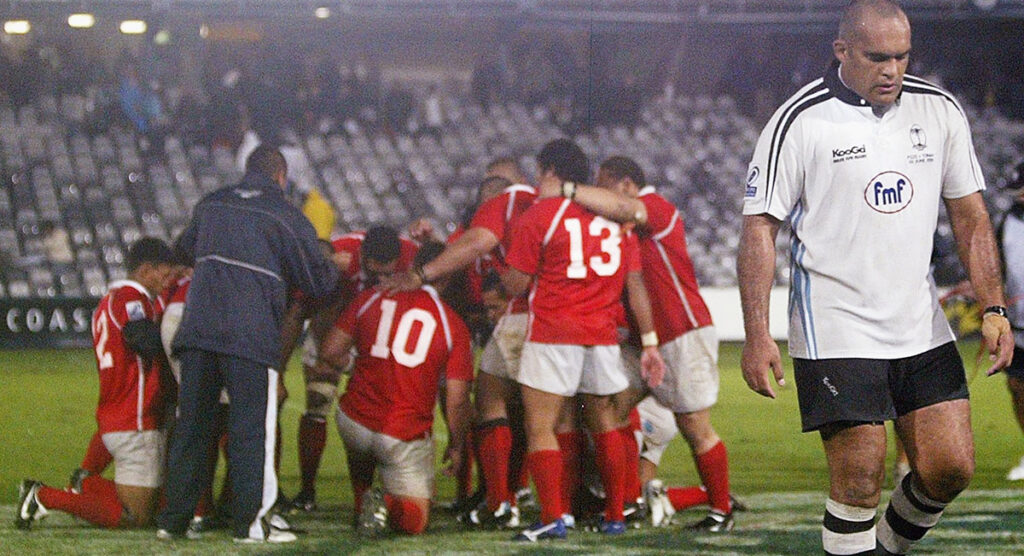 Since the release of Oceans Apart: Greed, Betrayal and Pacific Island Rugby last month, the rules around player eligibility have been under the spotlight again.

The documentary put forward the argument that players should be allowed to switch allegiance from one country to another in order to allow them to continue playing Test rugby, learning from the model rugby league has in place.

But former Fiji captain and current High Performance manager Simon Raiwalui has provided the counter argument to this on Twitter, saying that it is not right that a player who has played for another country should take the place of a “locally developed or 2nd/3rd generation player that has committed themselves 100% to Fiji, Samoa or Tonga.”

This triggered a discussion with Dan Leo, the CEO of Pacific Rugby Players Welfare, about the merits and problems that come with changing eligibility.

Leo, who produced Oceans Apart, cited various cases where players’ circumstances have changed. Bristol Bears and former All Blacks fullback Charles Piutau was an example in the film of a player who is barred from playing for Tonga, the country of his parents’ birth and for whom his brother Siale plays for.

Leo also mentioned Wasps’ Malakai Fekitoa in this discussion, who was actually born in Tonga but went on to play for the All Blacks.

The financial incentive of playing for one of rugby’s powerhouses was listed as one of the reasons why players may choose not to play for a tier two nation, particularly when there are those dependent on them.

But Raiwalui provides a perspective that is not from one of the countries that benefit from the current eligibility rules, and perhaps exhibits the problems and opposition that may arise if World Rugby tries to make any changes.

He maintained “if you play for your country of birth you cannot then take that opportunity away from another player because your circumstances have changed.”

“It makes you feel so blessed. Not many players get to pull on that jersey", a choice, a dream to represent the country where one was born, raised and developed…now should that player be able to take the place of a player with the same dream to represent his country of birth?

Sort of agree- but then I’ve never had a family/ village relying on me & my rugby income to sustain them. That does have a bearing & currently favours the T1 sides,over our cash strapped islands

For me, international rugby should be more about pride than ones financial situation

Good point re: grandparent rule. Definitely changing eligibility rules would only be a short-term fix, hence we should be focussing our efforts on increased influence & profit-share which will have a long term affect upon the decisions P.I qualified players are currently making

View the trailer to Oceans Apart below. The eye-opening documentary is out now on Amazon Prime in the UK, or via Vimeo