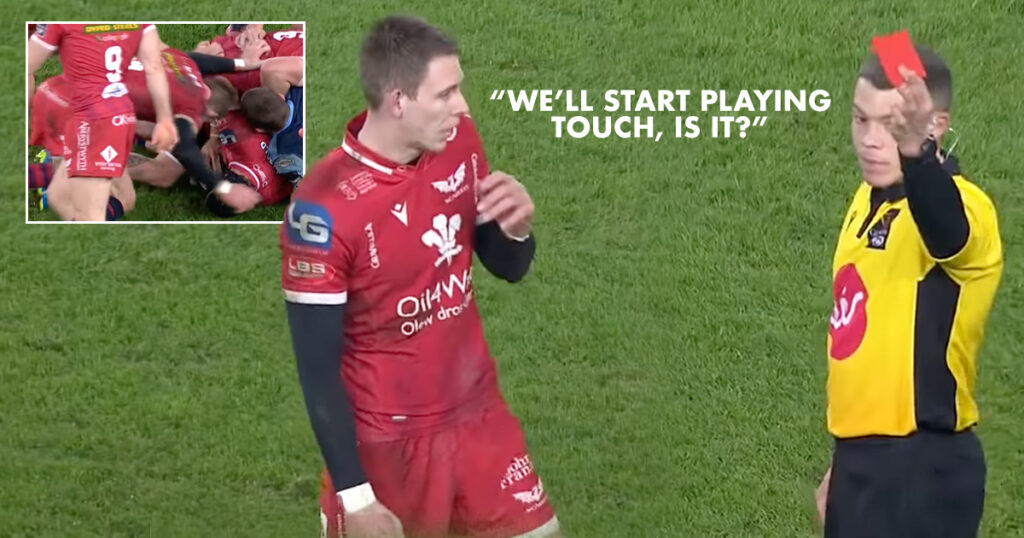 Liam Williams will be out of action for Wales’ opening Six Nations fixture after he was today suspended for the red card he received in Scarlets’ PRO 14 match against the Cardiff Blues.

Williams charged into a ruck head first, making contact with the head of the Blues player.

Referee Craig Evans opted to send him off, a decision that Williams – now infamously – responded to before leaving.

In the judicial hearing he was charged uynder Law 9.20 (b) – A Player must not make contact with an opponent above the line of the shoulders.

While the incident was found to merit a mid-range entry point, which indicates a four-week suspension, it was determined that there were factors, including the player’s remorse, which warranted mitigation of one week.

Williams has been suspended for three weeks, or the next three meaningful fixtures for which he is fit and available for selection.