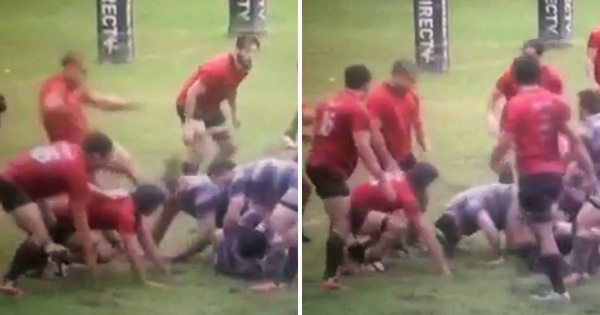 A club rugby player in Argentina has reportedly been banned for 99 years after footage of this horrific piece of foul play emerged in the last few days. Prop Cipriano Martinez of Pucara club unleased a vicious right boot on defenseless lock Juan Masi of San Albano.

The incident was picked up by someone filming the match, and since being uploaded and shared (credit to the unknown original source), the club has released a statement.

“Pucará Club renounces the anti-sporting conduct which occurred in the match against San Albano. We wish to extend appropriate apologies to the injured player, to the San Albano Club, and to rugby in general. Pucará Club has taken disciplinary measures.”

Martinez was red carded for the kick, while victim Masi left the field but only suffered from dizziness. A life ban (99 years) is what is being reported as being the punishment for Martinez.