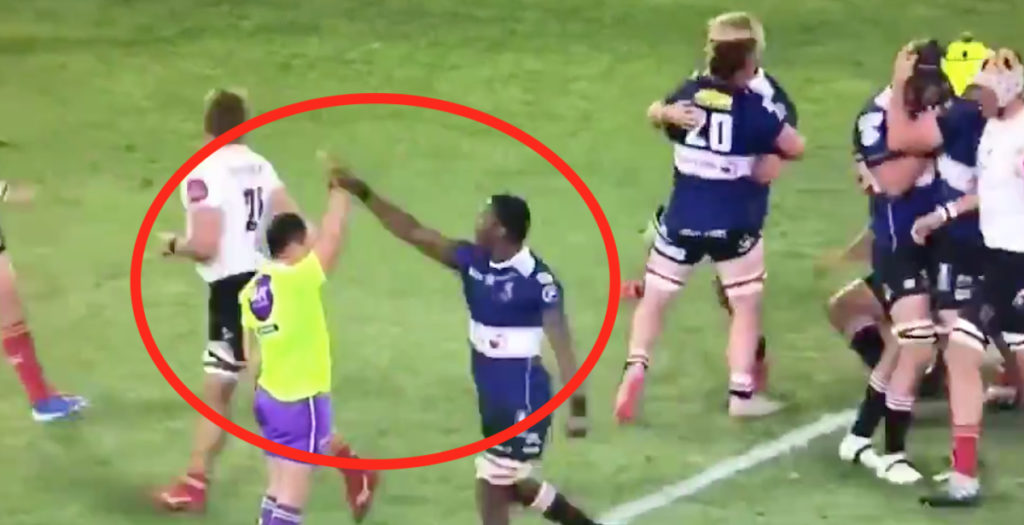 The South African referee awarded a penalty to the Lions at a scrum to help secure their third successive win in the Currie Cup and Dayimani took a moment to show his appreciation to Peyper with an opportune high five.

Peyper did his best to back out at the last second, but he was too late.

Probably the funniest thing I’ve seen all year on a rugby field 😂😂 pic.twitter.com/zy0tRzphbM

The Golden Lions now sit top of the Currie Cup table ahead of the Free State Cheetahs in second after three games.

Dayimani has represented the Lions Super Rugby franchise 24 times and the 21-year-old has a big career ahead of himself, especially if his rugby reaches the heights of his high five skills.