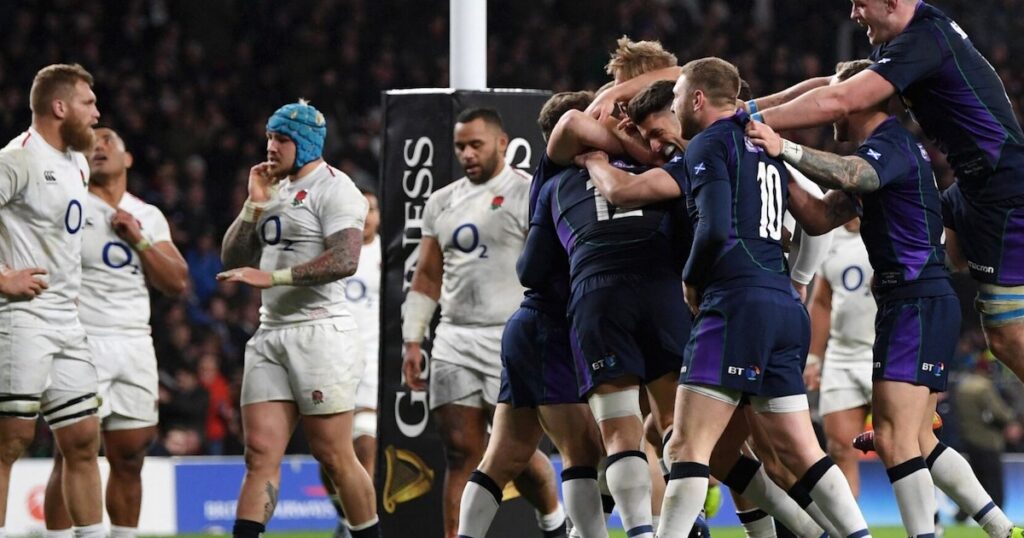 This evening, Scottish Rugby is giving viewers the chance to relive two of the most thrilling Calcutta Cup encounters back-to-back, which is sure to be a hit with partisan and neutral fans alike.

While Super Rugby Aotearoa will provide you with some live rugby from New Zealand this weekend, things are still not up and running in the northern hemisphere.

So tonight you’ve got the chance to watch two classic games between England and Scotland, back to back or you can take your choice.

The first is that amazing, record-breaking match from Twickenham last year, where the match looked completely settled in favour of England who raced away to a 31-7 lead at half-time.

But then the unthinkable happened. Scotland, inspired by Finn Russell, produced the most incredible comeback in 6 Nations history, scoring five tries to storm into a 38-31 lead heading into the closing stages, only for England to snatch a draw at the death courtesy of George Ford.

Jones was in great form that day and proved his worth by scoring a sensational solo try – Scotland’s third – just before half-time.

Scotland went on to win the match 25-13, to reclaim the Calcutta Cup for the first time in a decade.