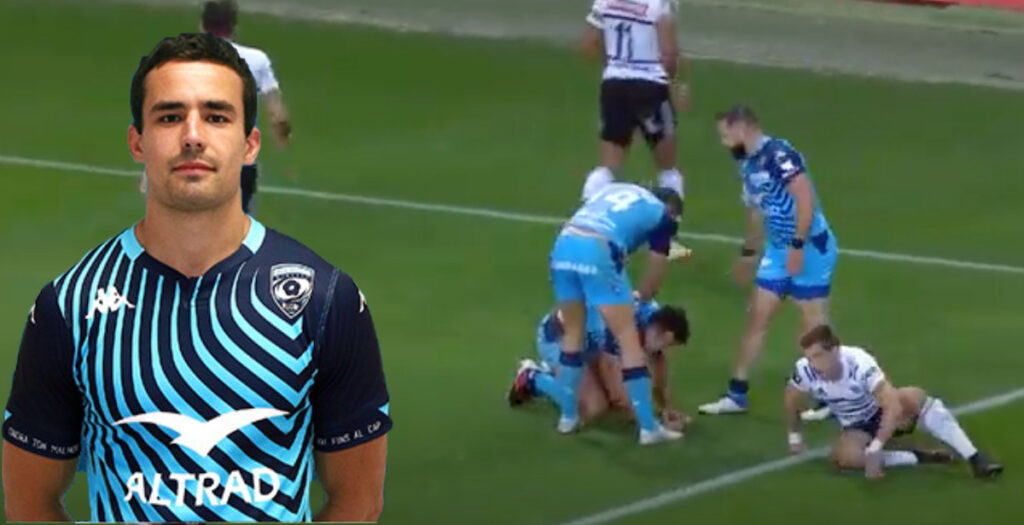 Former England and Saracens playmaker Alex Lozowski finished off a lovely try for Montpellier in Sunday’s Top 14 game against Brive.

The 27-year-old joined Montpellier on loan from Saracens earlier this year and scored 15 points at fly half to help his side to a 30-6 win in round six of the French domestic league.

Lozowski picked up possession inside his own half and ran a switch with South African centre Jan Serfontein in midfield. The former Springbok made a break down the centre of the pitch before placing a grubber kick to the right-hand corner.

Lozowski had continued his run and managed to get on the end of Serfontein’s kick to score Montpellier’s third try of the match just before half time.